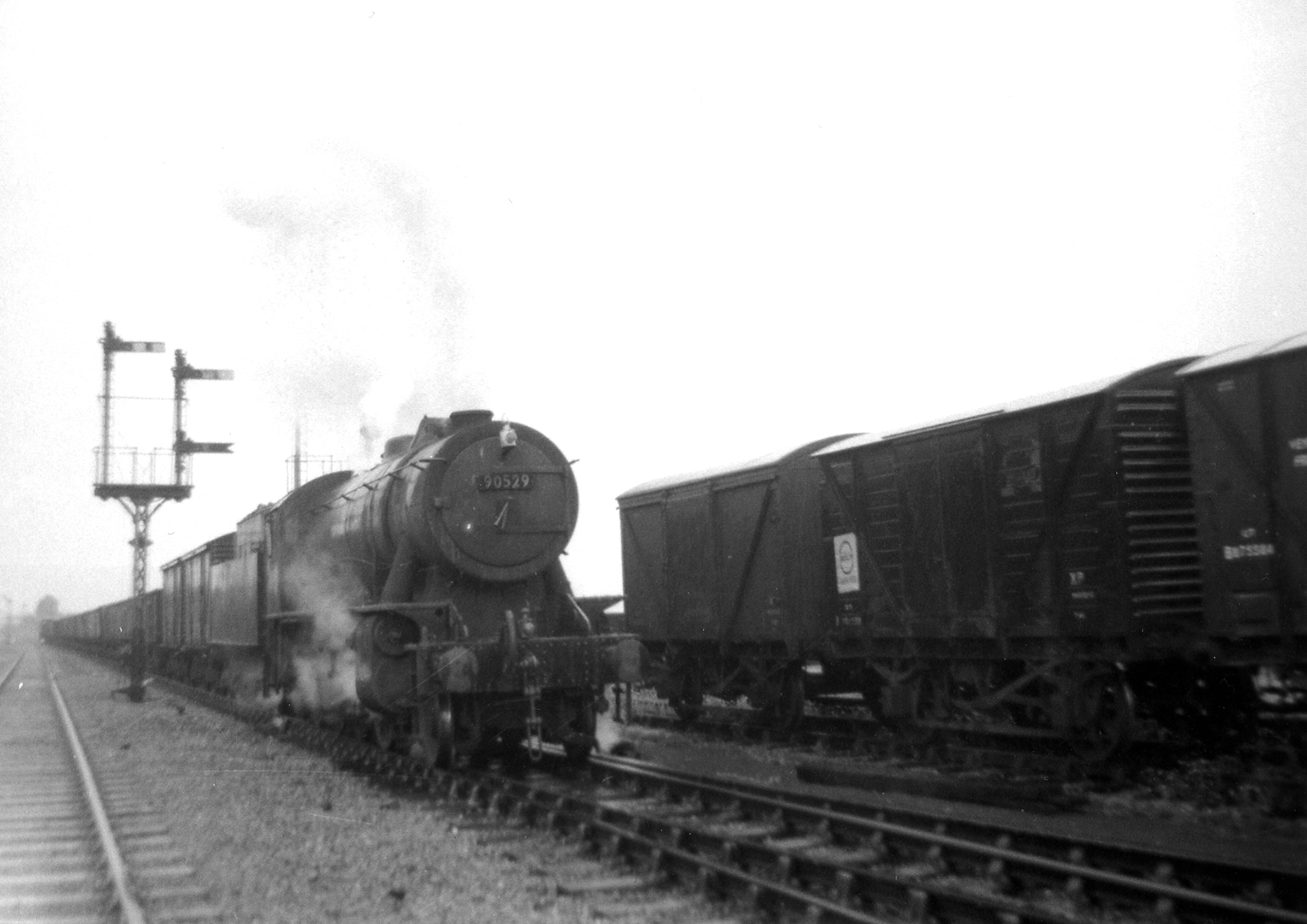 A begrimed WD Class 8F 2‑8‑0 No. 90529, allocated to 41E Staveley Barrow Hill, clanks its way towards the camera as it sets off southbound towards Blackwell out of Barnt Green after a signal check on a rain‑soaked day in June 1964 with a Class 8 loose‑coupled freight consisting of a long rake of empty mineral wagons.

Several weeks has passed by since I first commenced my duties as a signalbox lad at Barnt Green and by now I’d become acquainted with other signalmen, two of which, Walter and Alf Drinkwater, were father and son, the latter employed permanently on relief duties anywhere from Redditch to Lifford Junction and the following amusing incident occurred when I was paired with Walter for a shift when my signalman, Gordon, was on holiday.

However warm or cold the box was, temperature wise, the stove was operational on a permanent basis, one of its main functions being to keep the billy‑can warm for the plethora of railwaymen who popped in for a ‘cuppa.’ It was a cardinal sin for the ‘bobby’ who, at the end of his shift, not to ‘stoke up’ the fire for his compatriot who was relieving him. When Walter and I arrived the stove was ‘throbbing,’ but within minutes of the relief signalman, whose names escapes me, departing, the fire within the stove died down to next to nothing and Walter was none too pleased. It transpired that the ‘relief,’ (covering for only one shift) had been too idle to rake out the ashes and top the stove up, and, seconds before we came on duty, poured copious amounts of paraffin into it, giving the impression he’d done his job efficiently.

Did Walter curse … he cursed and cursed and cursed … then, in a fit of pique, he opened the flap at the bottom of the stove and decided, in a foolhardy gesture in retrospect, to attack the remnants of the fire with a poker. Now Walter was not in the first flush of youth, but what happened next turned his physical body‑clock back forty years, when ‘self‑preservation’ kicked in. There must have been a build‑up of gases inside the bottom of the stove, for, as he ‘poked’ inside the flap a five‑foot sheet of flame roared out from the aperture. I have never seen anybody, before or since, move as fast as Walter did that day.

By now I was becoming used to the ‘three‑eight’ shift systems: early six until two, late two until ten and nights from ten until six (apart from the discomfort of trying to sleep during the daytime). I was also becoming familiar with the various bell‑codes, such as: 4 – express. 3‑1 local passenger. 3‑1‑1 express freights. 1‑4 loose‑coupled Class 8 goods etc. Trains travelling northbound, which were to be routed via Lifford Junction and along the New Street avoiding line through Camp hill before passing the Birmingham City ground at St. Andrews (up the ‘Blues’) had the special code of 2‑2‑2 sent to Barnt Green from Blackwell box, which in turn were then passes on to the ‘bobby’ at Halesowen Junction and so forth.

On the operational front, with the summer service having kicked in, things were hotting‑up with more and more relief expresses to the fore mainly in the hands of steam power. 1964, was, in my opinion, the last year when there was a glut of holiday extras to the west country coastal resorts before the motor car spelt the death‑knell of these services. Friday nights were particularly busy with some of the trains emanating from the Sheffield area being hauled by LNER B1 Class 4‑6‑0’s. LMS Jubilee Class 4‑6‑0’s noted during June, some observed more than once, were as follows: 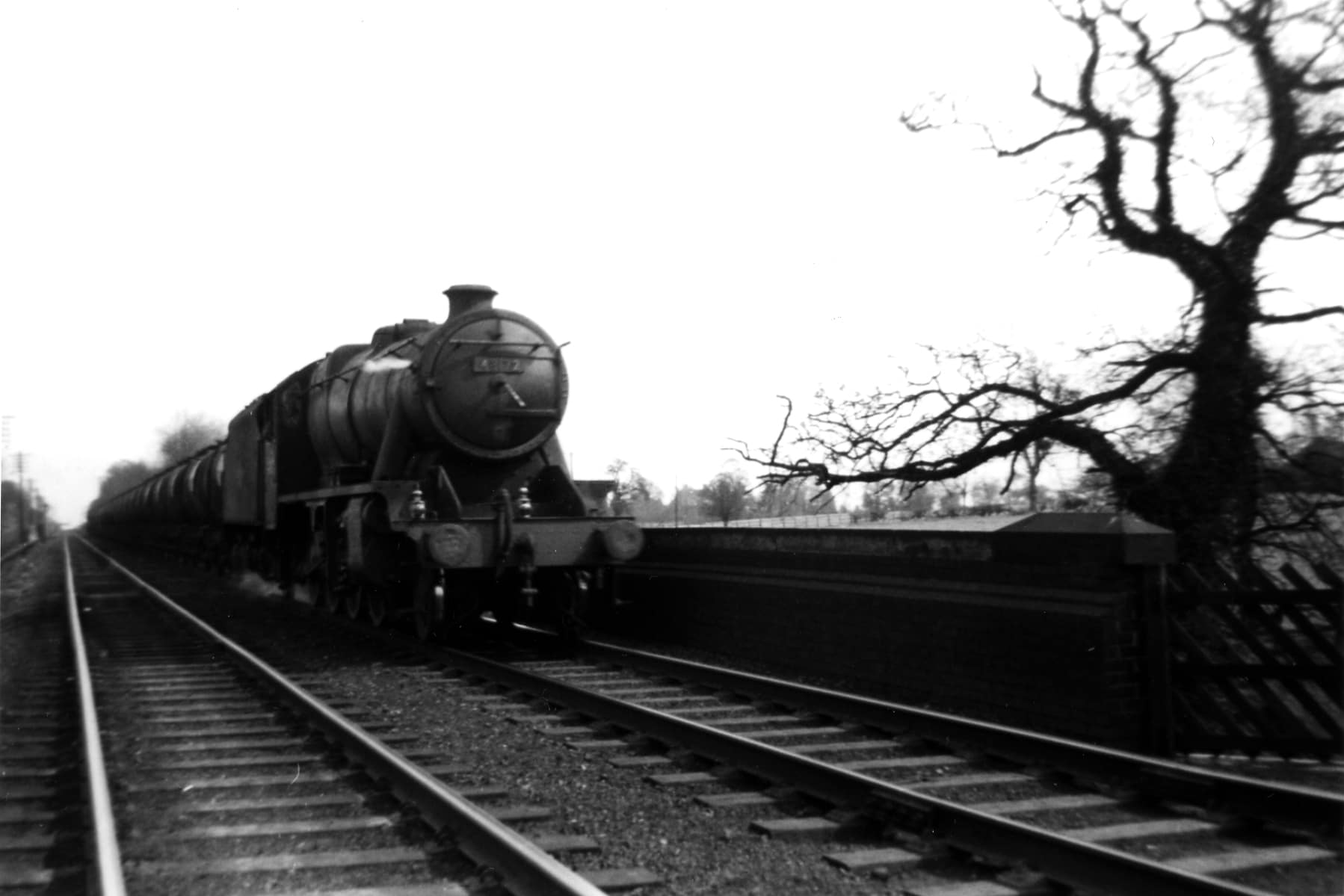 Other LMS types were:

The LNER was represented by:

A fine selection of steam locomotive classes from Motive Power Depots the length and breadth of BR from locations as far apart as Cardiff to York, Reading to Sheffield and Merseyside to London.