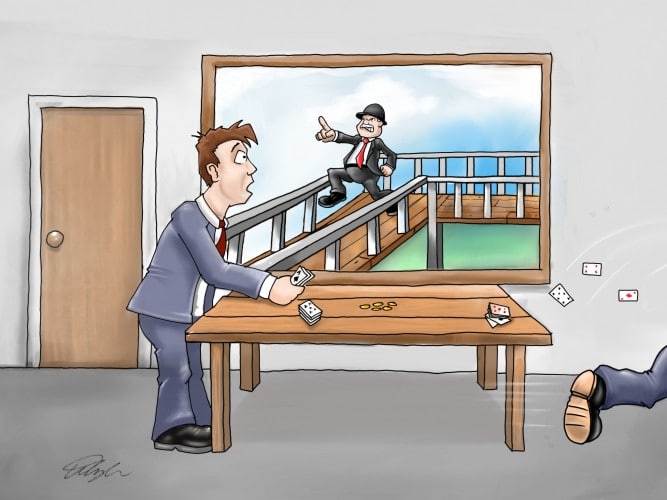 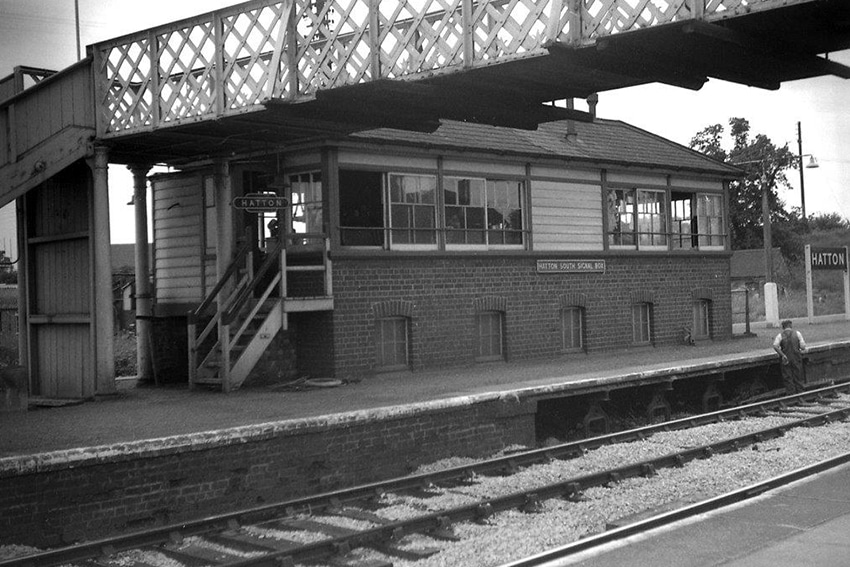 Having made a reluctant departure from Barnt Green Main Line Signalbox on Saturday 19th September I duly reported for duty at Hatton station on my trusty Raleigh Runabout moped on the morning of Monday 21st September and made myself known to the Stationmaster. Hatton had three signalboxes, all long since swept away, which controlled the triangle, the latter of which is still in use today albeit controlled from a soulless power box in cyberspace. The pecking order of the Hatton boxes were as follows: South (Class 2) and North (Class 3)‑ both on the Paddington to Birmingham (Snow Hill) main line and West (Class 4) – the branch line to Bearley Junction and Stratford‑upon‑Avon.

Filled with anticipation and excitement at the thought of my becoming a signalman in my own right I felt on top of the world, but, like ‘Humpty‑Dumpty’ I was due for a big fall. When I first clapped eyes on Hatton (West) my heart sank. Barnt Green had been a spacious, modern and busy box with all mod cons. Although aware that I had to start at the bottom of the ladder it appeared to me that Hatton (West) had fallen off it; it would have looked old even in a museum!

It had a toilet of sorts, a small detached Nissen hut affair, the last customer of which had probably been a baled‑out German pilot, it was so antiquated. The box’s most modern amenity, apart from the roof, was a small coal fire. There was no electricity and the only means of lighting was an ancient device, shaped like the inner tube of a motor car tyre, which hung precariously from the inside of the roof, being fuelled by methylated spirits and compressed air, for which a bicycle pump was supplied. The sole cooking facility was a primus stove and water for the heat‑stained kettle was obtained from a stream a hundred yards down the track which constantly clogged the kettle with lime. The box was not very busy but it did at least control a double track junction; thus the scene was set for my new career.

Before I could take up this ‘exalted’ position there was the small matter of passing the rules etc. Two of us, myself and Barry Bickerstaffe, plus two other trainees whose names I cannot recall, spent the first few weeks flitting from one box to another to familiarise ourselves with the varied aspects of signalling. During training sessions in the ultra‑busy South box I was fortunate enough to be taken under the wing of Ted Breakwell, a senior signalman and one of life’s real gents. Through his patience and guidance I learned everything I needed to know about signalling, both in a theoretical and practical sense.

From time to time, when the stationmaster was absent, us trainees would be summoned to Hatton (South) for a clandestine game of cards by one of the signalmen who was a high priest of the gambling fraternity. These sessions passed peacefully until the day the stationmaster returned earlier than expected and was not spotted until he was on the footbridge adjacent to the only official exit from the box. 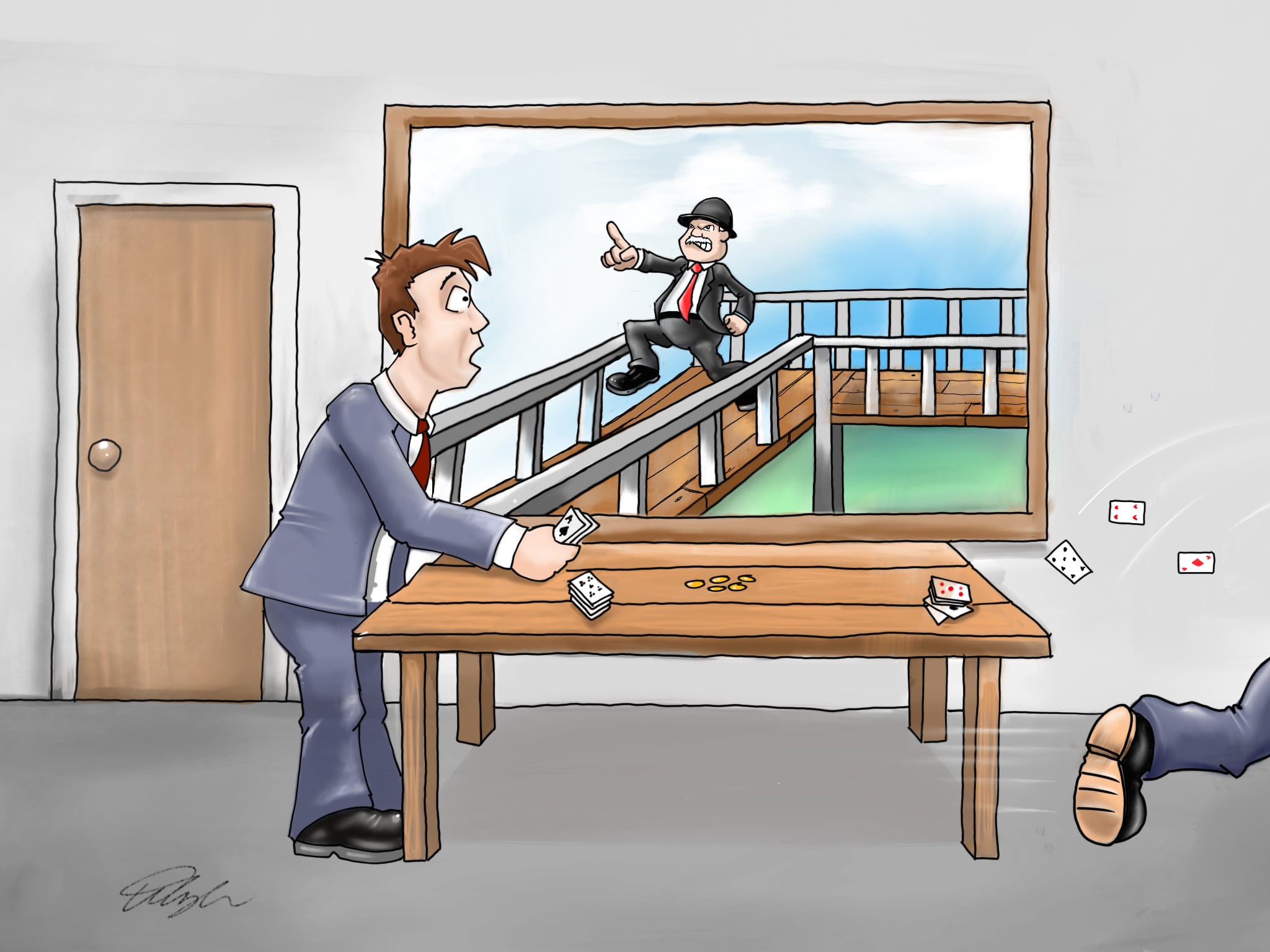 Panic ensued and we leapt out of various windows onto the platform and scuttled off to our respective boxes via nearby undergrowth on the embankments.

As nothing was mentioned for several days after the ‘card‑playing incident’ by the Stationmaster we thought we had got away with it, until out of the blue he said to us rather dryly: ‘Next time you lads leave the box why don’t you try the stairs, the railway went to a great deal of time and trouble to get them installed.’ He did not actually mention anything about our card playing in railway employment time, but must have suspected what had been going on.

Steam locomotives recorded at Hatton (mostly on the main line) the majority of which were hauling freights.

In addition, Hall Class 4‑6‑0 No. 6952 Kimberley Hall (2D Banbury), the north end standby loco at Banbury, was observed on 29th October substituting for a Brush Type 4 diesel on the 9.10am Paddington to Birkenhead express running sixty‑six minutes late.

In addition, Class 8F 2‑8‑0 No. 48734 (2F Bescot) which had been badly damaged by fire at Didcot involving blazing oil tankers was observed heading towards Crewe on 15th October. Whether or not it was being towed or on a low‑loader I cannot remember. Perhaps someone can enlighten me?

As one can see there was still plenty of steam activity at Hatton in September/October 1964. Many locomotives were from depots in the West Midlands but also a variety from depots such as: Birkenhead to Southall – Manchester to South Wales and Shrewsbury to Swindon.