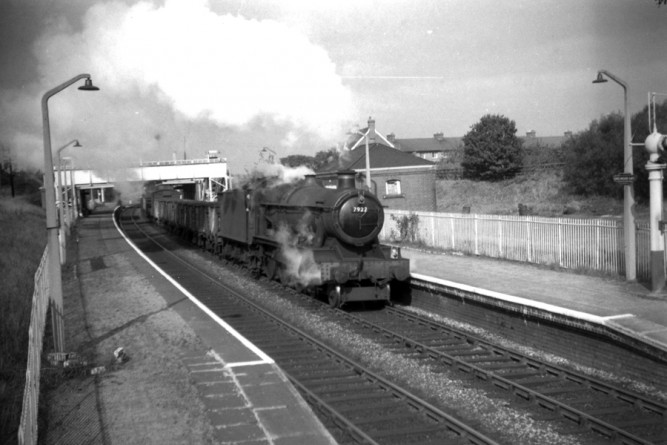 With the summer, what little there was, long gone, the autumn mists, rainfall and dips in temperature became the gloomy norm in October. More gloom was on the horizon not only in the shape of the forthcoming end of steam on the Western Region but there were persistent rumours that the North Warwick line was to lose its freight services before 1965 came to an end. Also, the Beeching axe was affecting vacancies amongst those signalmen in the West Midlands on the lookout for higher grades – the nearest advertised ones were as far away as Manchester.

On the bright side there was a highly amusing incident that happened to me one night at Earlswood Lakes, one I can laugh at years later, but one which was not quite so amusing at the time. As a rule, on night shifts, after the last passenger service had departed there was a lull of around two hours until the first freight was due. On the shift in question I had an urgent need for a call of nature and as there was no toilet facility in the signal box it meant using the one at the station, which at this hour was deserted. As I anticipated being away from my post for only a short while I neglected to inform my colleagues at Tyseley (South) and Bearley Junction of my enforced absence.

A large notice on the toilet door stated ‘OUT OF USE,’ but my needs by now were quite desperate and thinking the notice would only affect the general public I chose to ignore it and slammed the door shut after entering. On attempting to leave the cubicle I discovered, to my horror, why it was out of use – there was no handle on the inside of the very solid door, which was firmly shut. The nearest house was some distance away and I banged and shouted to no avail and gave it up as a waste of time. Being an old building, the ceiling was about fifteen feet off the ground. The only logical way I could escape from my embarrassing predicament would be to climb onto the cistern and somehow clamber over the top of the inside toilet wall which had thoughtfully been provided with – long sharp spikes.

The only other alternative was to stay put until help arrived. This help would undoubtedly been in the shape of an inspector summoned by one of my fellow signalmen when unable to contact me in my signal box. As I could not face the humiliation  of being rescued in this manner I chose the former method to try and escape. It was extremely difficult and harrowing. The cistern just about took my weight and I had nightmare visions of falling and going down the pan – so to speak. Having successfully negotiated the cistern I then had to squeeze between the spikes and ceiling; all it needed was one slip to ruin my chances of one day becoming a father. 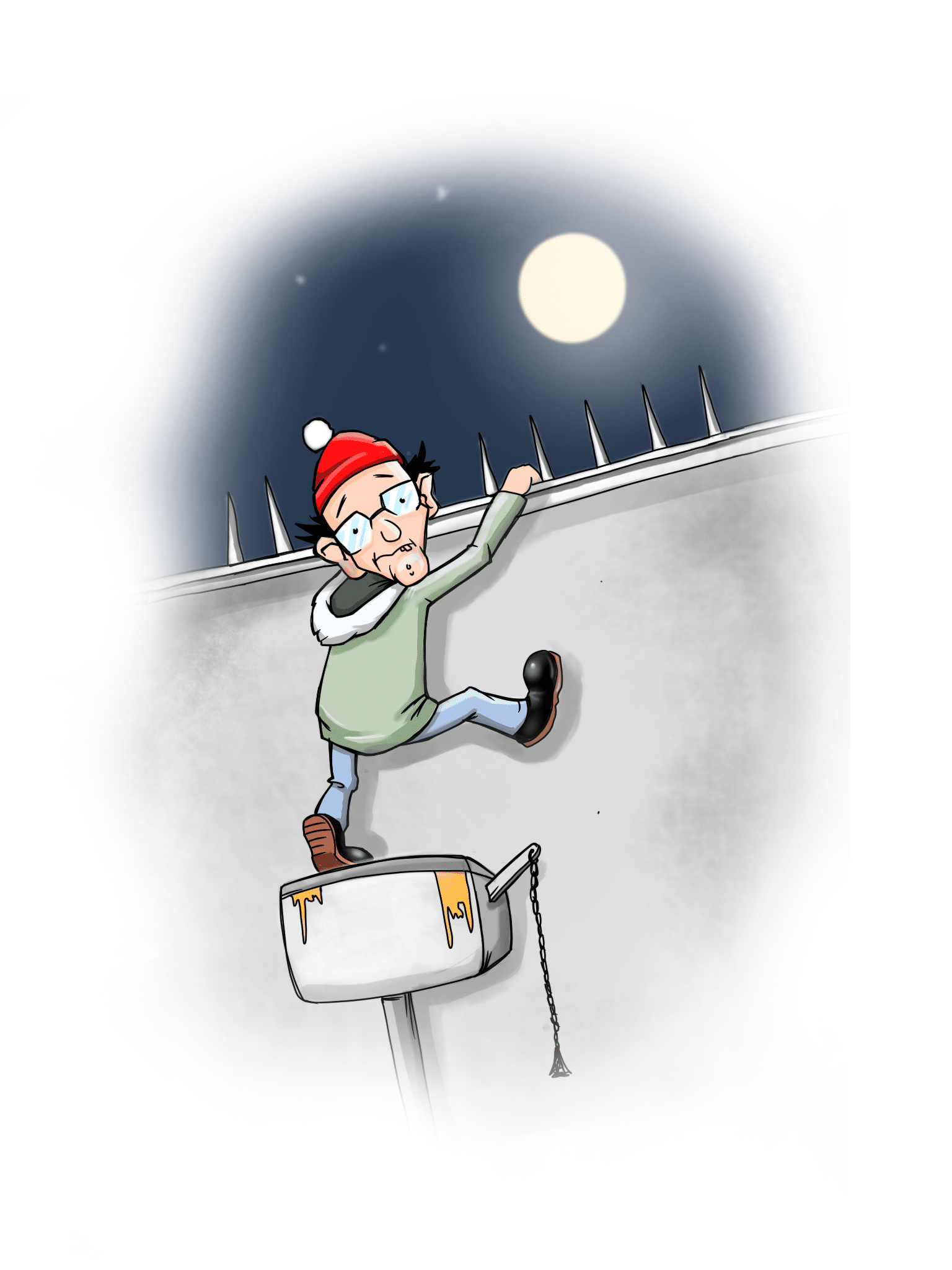 Once over the spikes I then faced the difficulty of reaching terra firma – a rather long drop. Keeping a tentative hold on the spikes wasn’t easy as my hands were wet with fear but gradually I was able to work my way round until I reached something sold to stand on before jumping down. With great relief I slunk back to the safety and sanctuary of the signal box. 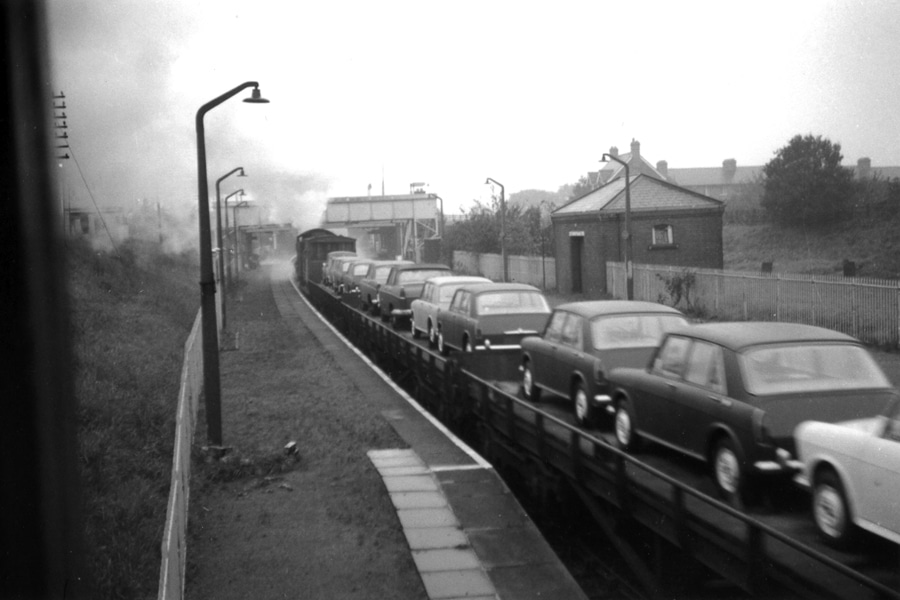 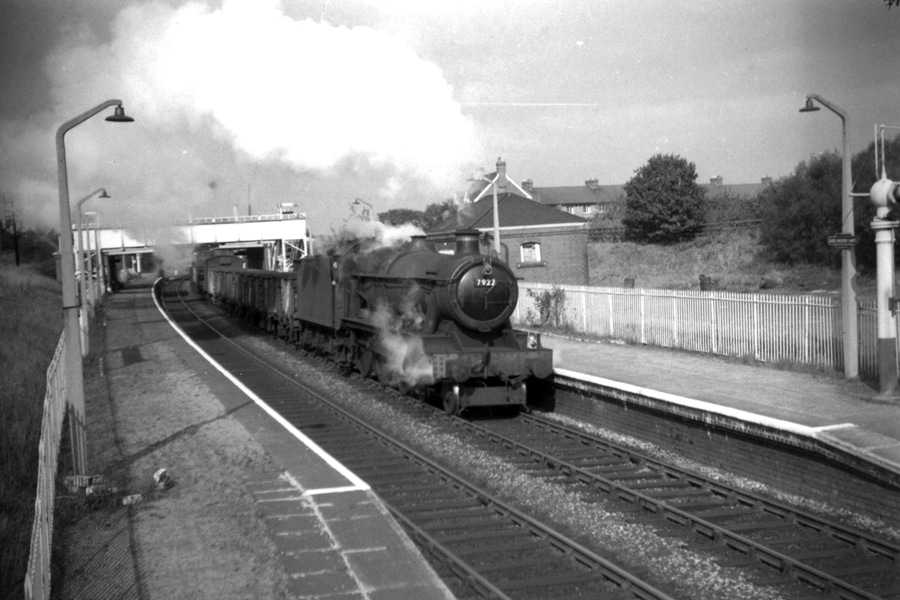 GWR Modified Hall Class 4‑6‑0 No. 7922 Salford Hall (81F Oxford) with a down mixed freight reaches the summit of the climb from Tyesley and heads for Stratford‑Upon‑Avon and beyond on a sunny 8th October 1965.

BR Standard locomotive in transit ‘dead’ to a scrapyard.

As can be observed from the above there was still plenty of active steam on the North Warwick during October including examples from the few remaining WR depots along with others from depots as far away as Birkenhead, Carlisle, Llandudo, Mold Junction and Speke. Two locos worth a mention are: 3836 – the last time I saw one of these in action in BR days and the rare appearance of a WD – 90471.