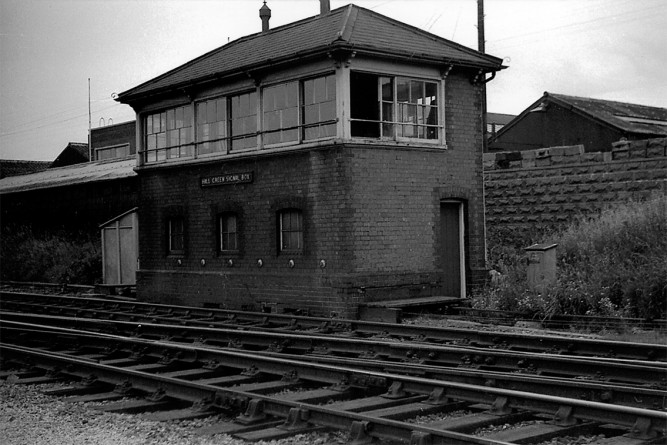 I was now into my second full month as a Class 3 signalman at Earlswood Lakes Signal Box and had settled into the pattern of six consecutive twelve hour day and nights shifts (72 hour week) on alternate weeks. The work wasn’t hard, far from it, but, as anyone will tell you, tiredness would creep up on you due to the problem of trying to obtain sufficient sleep during the day whilst working the night shift and as for a ‘social life,’ it hardly existed. 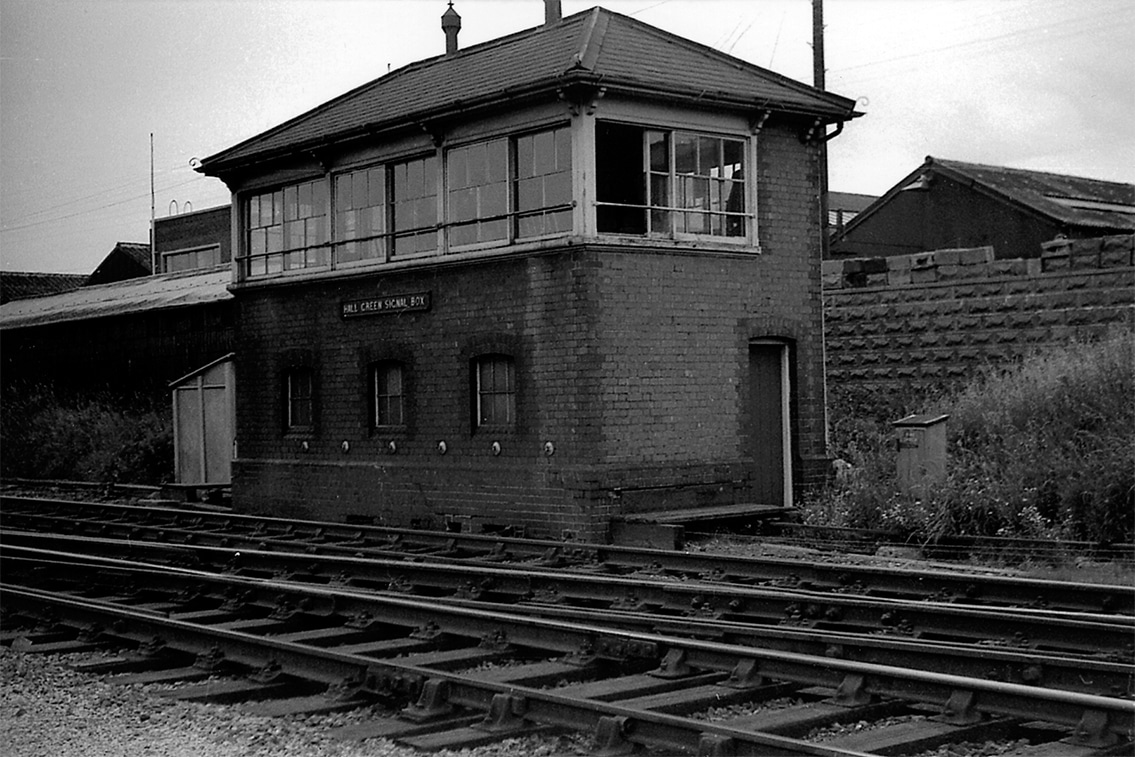 Signalboxes on the North Warwickshire Line sadly no longer exist. Here we see the box at Hall Green, situated between Tyseley and Shirley, in June 1965. It was manned by a good friend of mine – Barry Bickerstaff, whom, if my information is correct, went on to be a signals inspector. The box, which also controlled access to a small goods yard, long since defunct, was not demolished upon closure and now resides at Winchcombe on the Gloucestershire & Warwickshire Railway.

My regular mode of transport to and from work was the Triumph Tiger Cub m/c although I still owned, but rarely used, the Raleigh Runabout 49cc moped. During 1964 I used the latter on two separate occasions to travel to Bournemouth and back. What a marathon that was with a top speed of around thirty miles per hour!!!

On 8th March, prior to commencing work on my first night shift of the week, at 6pm, I was at a loose end so I decided to shoot off to Shrewsbury, a round trip of approximately 100 miles, and ‘bunk’ the shed. Upon arrival I was rather disappointed to find only twenty‑six steam locos on the depot, of which two were in store. To add insult to injury only one was a ‘cop.’

The outward journey had been without incident, but on the way back ‘disaster struck.’ Whilst approaching a steep hill on the outskirts of Much Wenlock the throttle cable on the Tiger Cub ‘snapped’ leaving me stranded.

Leaving the bike behind it was a long upward trek on foot into Much Wenlock and despite visiting every garage in the town not one could provide me with a replacement throttle cable. With my spirits fading fast I trudged back to the abandoned Tiger Cub. With spare time at a premium before the start of my night shift I was beginning to panic. However, help was at hand from the resident of one of the few dwellings which were near‑at‑hand and after knocking on his door not only did he have a telephone, a luxury in those days, but he kindly contacted the AA and within the hour I was back on the road again – thank you, Good Samaritan.

After this ‘experience’ I never again strayed far from home prior to a shift commencing.

Steam locomotives recorded at Earlswood Lakes during March, were, apart from the 7.06am local passenger from Henley‑in‑Arden to Birmingham (Moor Street) for which for some unknown reason I failed to record the locos employed on the same, confined to parcels and freight traffic, light engine movements, Stratford bankers and the occasional pick‑up goods and these were as follows: 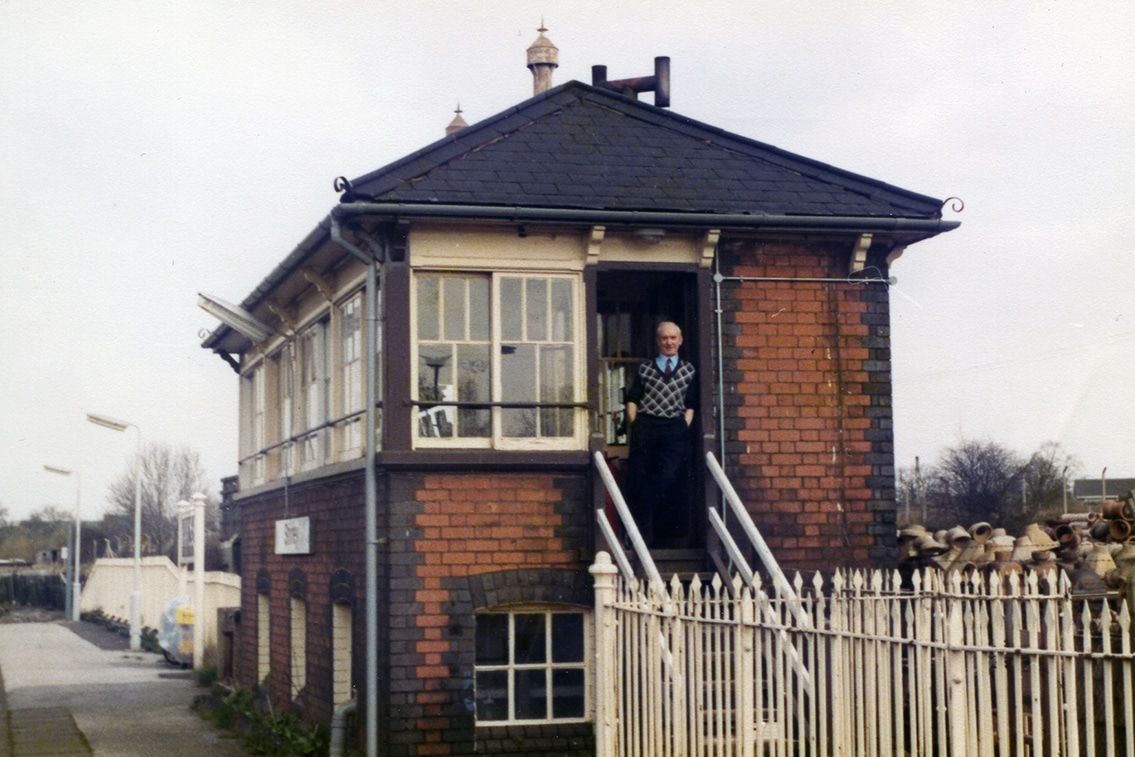 Shirley Signal Box on 13th April 1980 and posing for the camera is the signalman Billy Holmes. As a youngster I was often invited into the box by Frank Docker. When I went to Earlswood Box he was still in residence at Shirley Box. Whilst spotting at Shirley station in the 1950’s the resident porter, Alan, used to pay me a few pennies to cycle up to the local pub and place bets for him on the horses to the ‘bookies runner.’ When the box closed there was an attempt to preserve it in situ, but the faceless mandarins at Network Rail could not be swayed from their determination to demolish it and another priceless piece of railway history was gone forever. 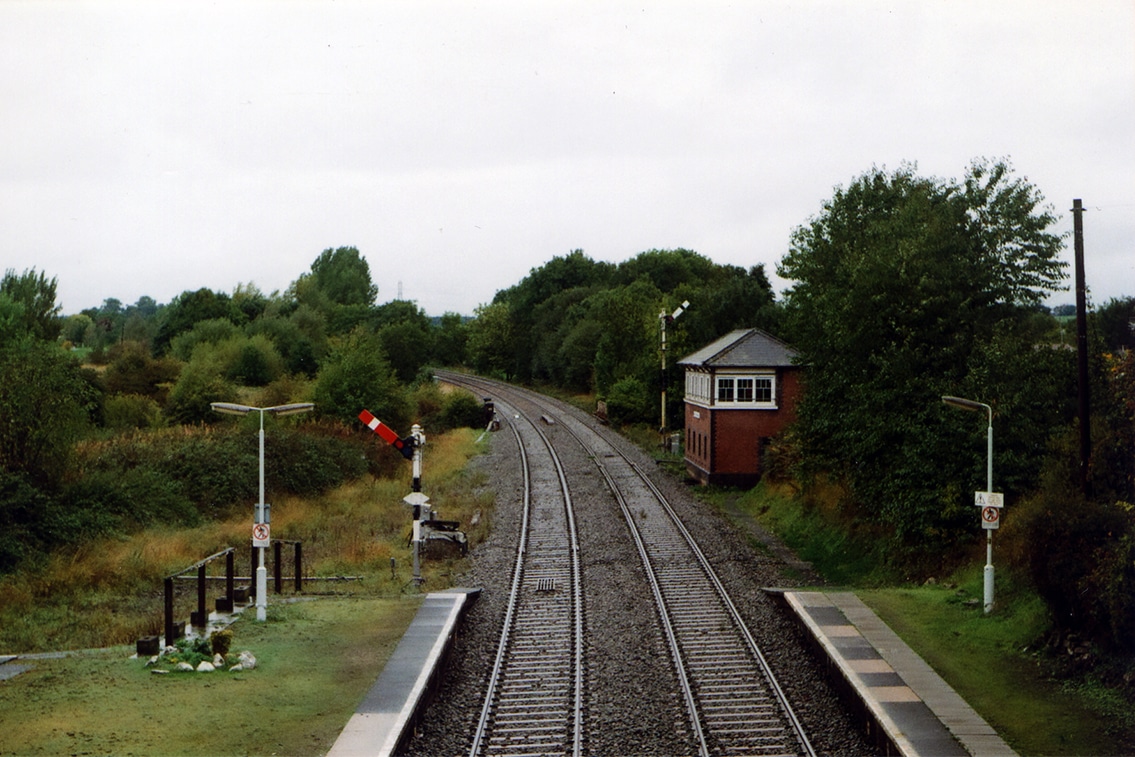 Rationalisation over the years on the North Warwick; the removal of goods yards, surplus track and refuge sidings, reduced the importance of the line to a basic double track system with the odd crossover here and there. In this photograph of Henley‑in‑Arden on 3rd October 2010 the box and signals are still in use, though for not much longer, and one can see where the rails used to be in the left side of the frame. We must, however, be grateful for small mercies for if Doctor Beeching had had his way the North Warwick Line would have also been consigned to the dustbin of history and without it there would be no annual steam hauled ‘Shakespeare Express’ for us to see and travel on.

*Updated 10.01.16 as per a wonderful email from Andrew Dickinson who pointed out that the date originally listed was 31st October 2010 was incorrect and has been updated thanks to a very detailed email and double checking the original photograph the date has been amended to the 3rd October 2010.

Although there were a wide variety of ex. GWR locomotives to be seen, most, if not all, without nameplates, the same could not be said about the variety of Western Region sheds they worked from and as 1965 progressed more and more steam MPD’s on the Region either closed or succumbed to the ever‑growing presence of diesel power. ‘Foreigners’ from distant parts of the BR network were thin on the ground during March – just two – one from Doncaster and the other from York. Note the large number of BR Class 9F 2‑10‑0’s recorded; thirteen in all.