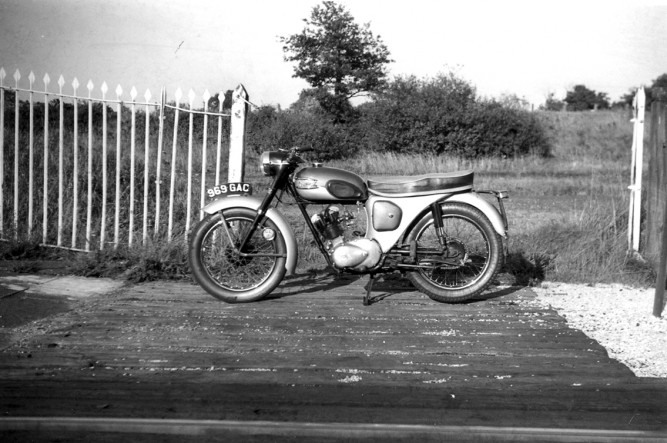 We are by now well into the summer service timetable and looking back it is hard to believe, due to the proliferation of steam engines observed during this month, that most, if not all, of steam haulage over the North Warwick Line would come to an end before the year was out. Earlswood Lakes Signal Box was normally closed on Sundays, but there was an exception to this rule on the 4th. Due to engineering works elsewhere the box was opened for diverted freight traffic. All in all there was a total of no less than eighteen such trains, some fully fitted and partially fitted along with Class 8 loose‑couple ones. Eleven of these were steam hauled and were as follows:

Thanks to working the Sunday, coupled with overtime from working two designated ‘rest days’ on night shifts in one of the pay packets (cash in those days) my gross pay was £38.00. This sounds a pittance today but back then it was one tenth of the cost of a brand new 650cc Triumph Bonneville m/c! After tax and National Insurance I picked up £29.00 – I felt like a millionaire. I was, in comparison to the £4.5.4d (about £4.30 in today’s money) I used to pick up for working heaven knows how many hours in a shop in late 1963/early 1964.

As a result of this windfall I was able to upgrade my faithful Triumph Tiger Cub with the luxury of a top‑of‑the‑range fairing.

Other steam locomotives recorded during July on banking, expresses and freight duties were: 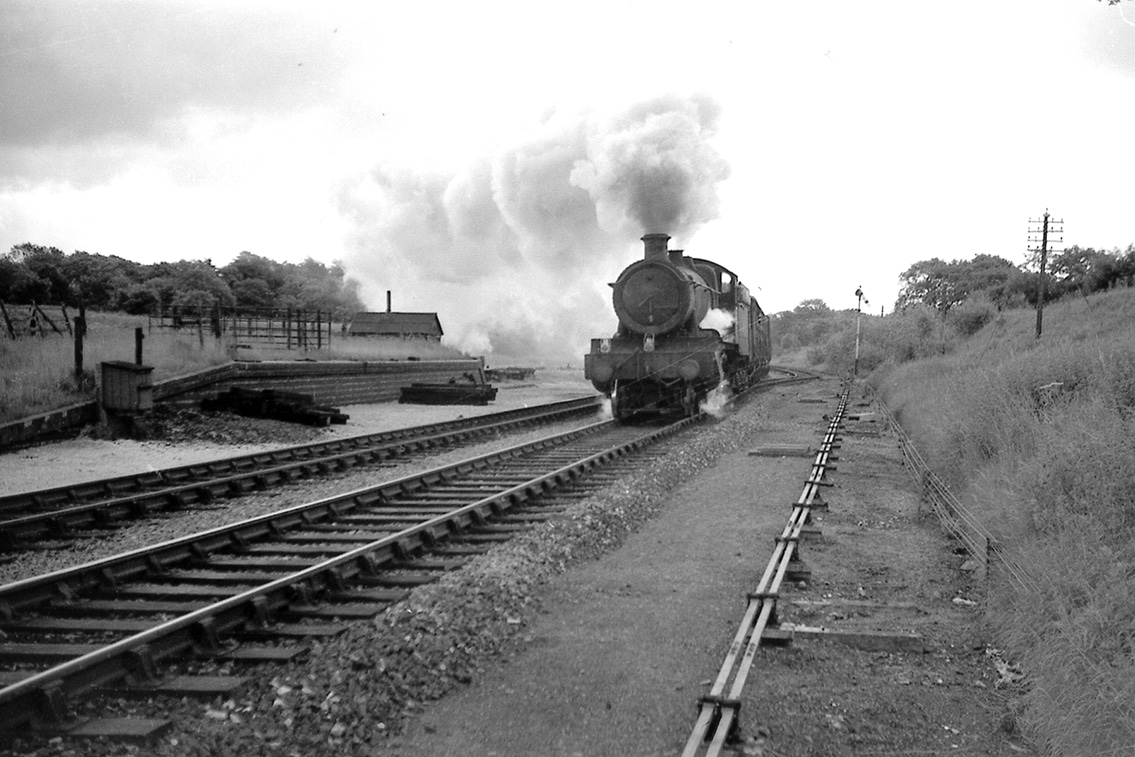 GWR Grange Class 4‑6‑0 No. 6871 Bourton Grange, from 2B Oxley, lays a smokescreen over the Warwickshire countryside as it pounds up the last few yards of the long gradient from Stratford‑upon‑Avon with an up fitted freight on 22nd July 1965. Three months later and Bourton Grange was with us no more – a no longer required rusting hulk in an anonymous siding. 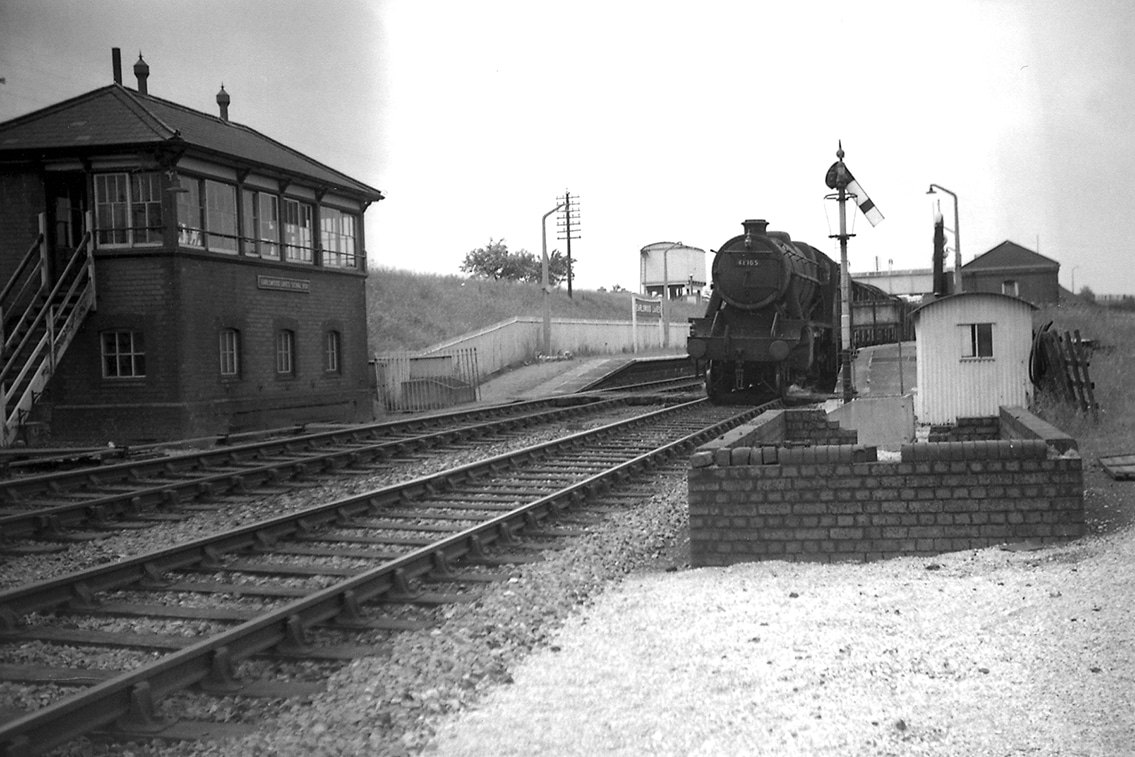 With the brick‑built signal box to the fore LMS Class 8F 2‑8‑0 No. 48105, of 16E Kirkby, approaches the camera with a down partially fitted freight on 1st July 1965. From 1957 onwards No. 48105 had spells at Hellifield, Wellingborough, Saltley, Kirkby and Coalville MPD’s before arriving again at Kirkby in May 1965. 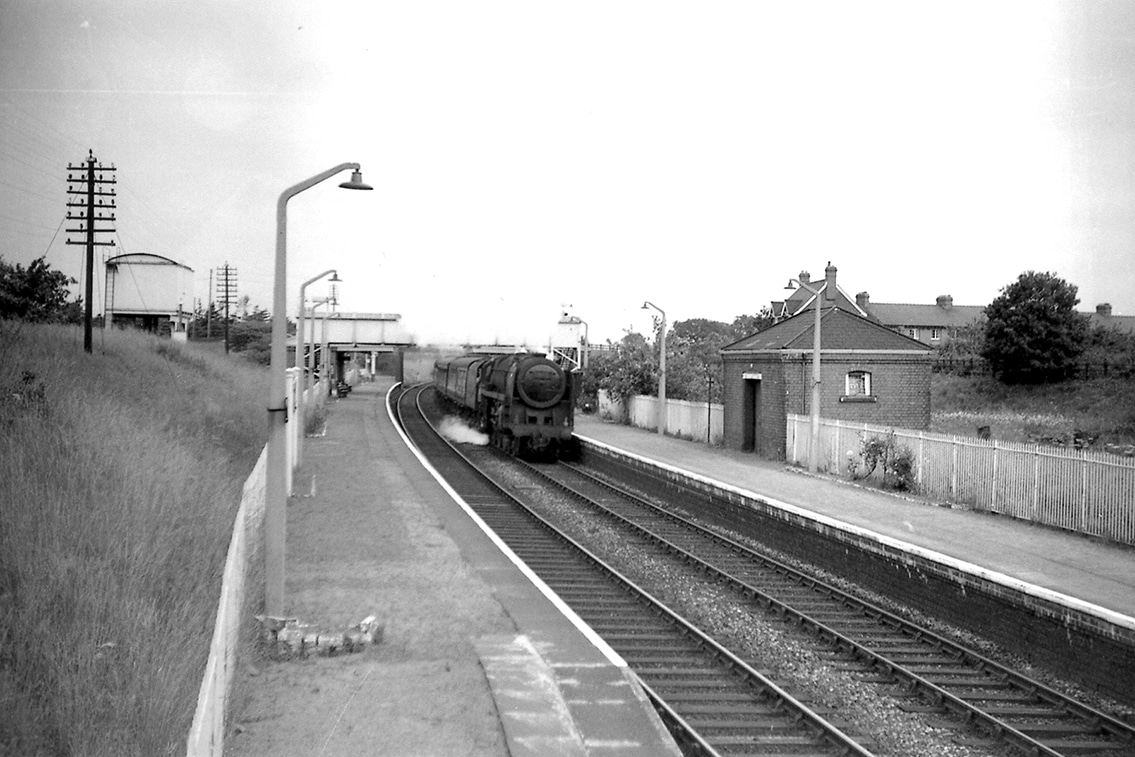 An overcast summer’s day heralds the passing of BR Britannia Class 4‑6‑2 No. 70045 Lord Rowallan, from 2B Oxley, as it speeds through a deserted Earlswood Lakes station with a down express on 3rd July 1965. At the end of the 1965 summer service No. 70045 had a brief spell at 2D Banbury before moving on to a final home at 12A Carlisle (Kingmoor).

Many locomotives, like previous months, were from depots in the Midlands with the notable exceptions of Birkenhead, Bristol, Didcot and Southall along  with representatives from Cardiff, Newport and Severn Tunnel Junction in South Wales. Unfortunately Cardiff East Dock was to close on 3rd August. The biggest surprise visitor was 76010 from Eastleigh. Quite what it was doing on the North Warwick line I know not.