The next two photographs featured, this time at Solihull, have been taken from a near identical standpoint.  The black and white photograph includes semaphore signalling and the tracks to platforms 3 and 4 were still fully employed as GWR Castle Class 4‑6‑0 No. 7012 Barry Castle approached platform 2 at high speed with the Pines Express from Bournemouth to Manchester on a snowy 2nd February 1963.

In direct contrast, the colour print of GWR Hall Class 4‑6‑0 No. 4965 Rood Ashton Hall was taken some forty‑three years later on the Shakespeare Express in the high summer of 2006 – 20th August to be exact and how times have changed.  Gone are the signals and tracks in the right of the previous picture and the background is one of lush vegetation.  Happily, Rood Ashton Hall is still with us and based at Tyseley. 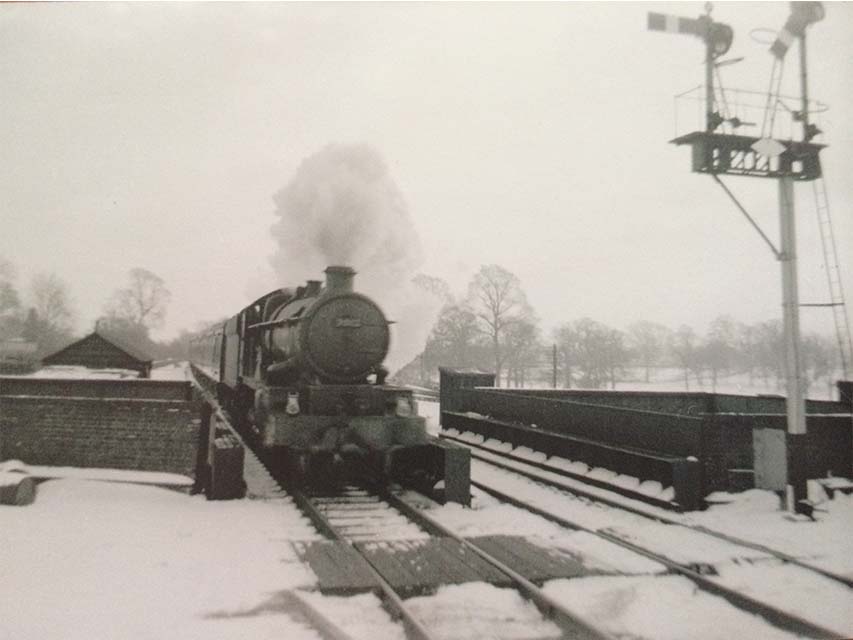 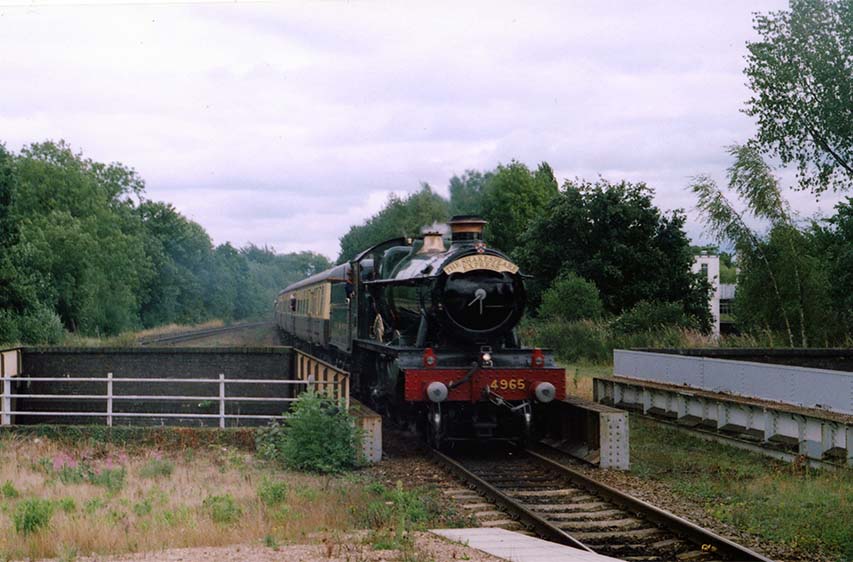