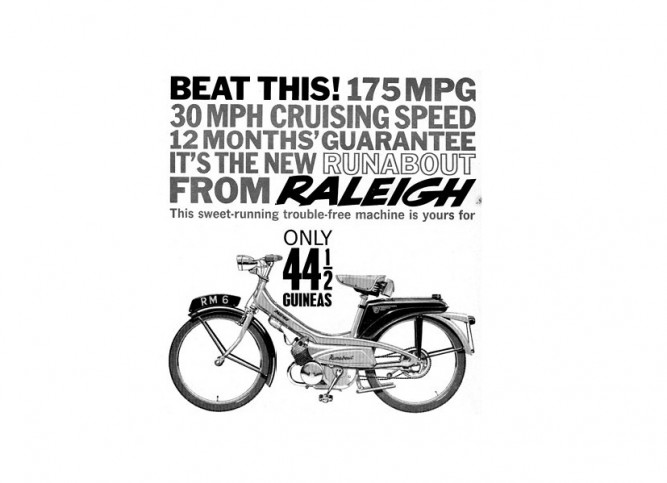 One important aspect of my sojourn at Barnt Green signalbox not touched upon until now was the method of transport I used to get to and from my mother’s house in Shirley, a distance of approximately ten miles as the crow flies (assuming it was sober!) most of which was fairly flat apart from one section which was up hill and down dale including a stretch that had a 1 in 6 incline. 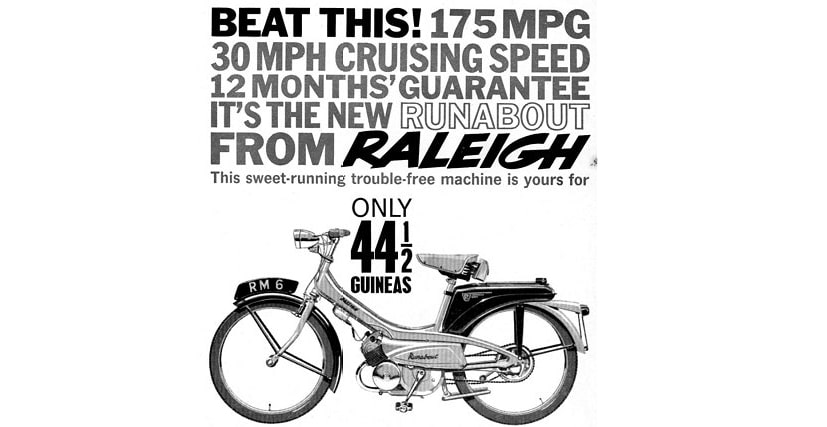 Since June 1963 I had been the proud owner, from new, of a 49cc Raleigh Runabout moped (175 miles to the gallon!) at a cost of £50.00 (£1.00 a week on the never‑never) and many a shed‑bashing trip was made on this trusty steed. All went well until the summer of 1964, when, horror of horrors, it broke down and had to be sent away to the manufacturer in Nottingham leaving me with the awful prospect of either having to walk to Barnt Green or travelling via the rail routes of Shirley to Birmingham (Moor Street) and onwards from Birmingham (New Street), a tedious and time‑consuming exercise.

However, salvation was at hand in the shape of a bicycle, loaned to me by my signalman Gordon and initially I was pleased as punch, but when I first saw it my spirits dropped to a new low – not only was it ancient but it was a ladies bike and in those days no self‑respecting bloke rode one of those, but as ‘beggars‑cannot‑be‑choosers’ I had to swallow my pride (and taunts) and utilised it for several weeks until the moped was repaired. 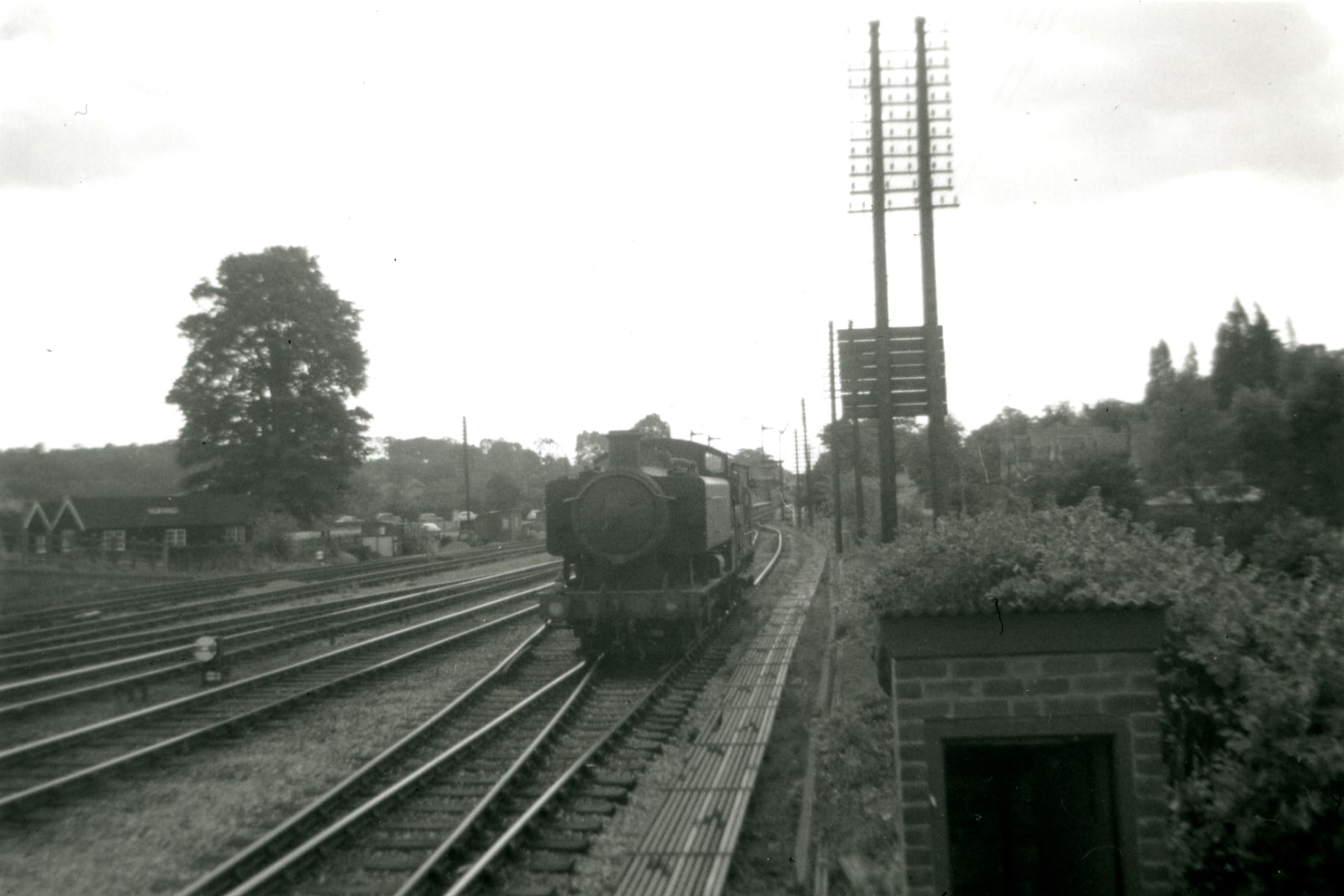 Enjoys a break from its banking duties up the Lickey Incline and takes the slow line at Barnt Green with a pick‑up goods train from Worcester.

Returning to the railway scene by now I was a dab hand at operating the bell codes and pulling levers, both of which were most enjoyable and as the summer weeks progressed passenger excursions and holiday traffic increased most of which was still entrusted to steam: LMS Jubilees were still to the fore along with ‘Black Fives,’ supplemented by LNER B1’s and on one occasion a BR Class 9F was employed. 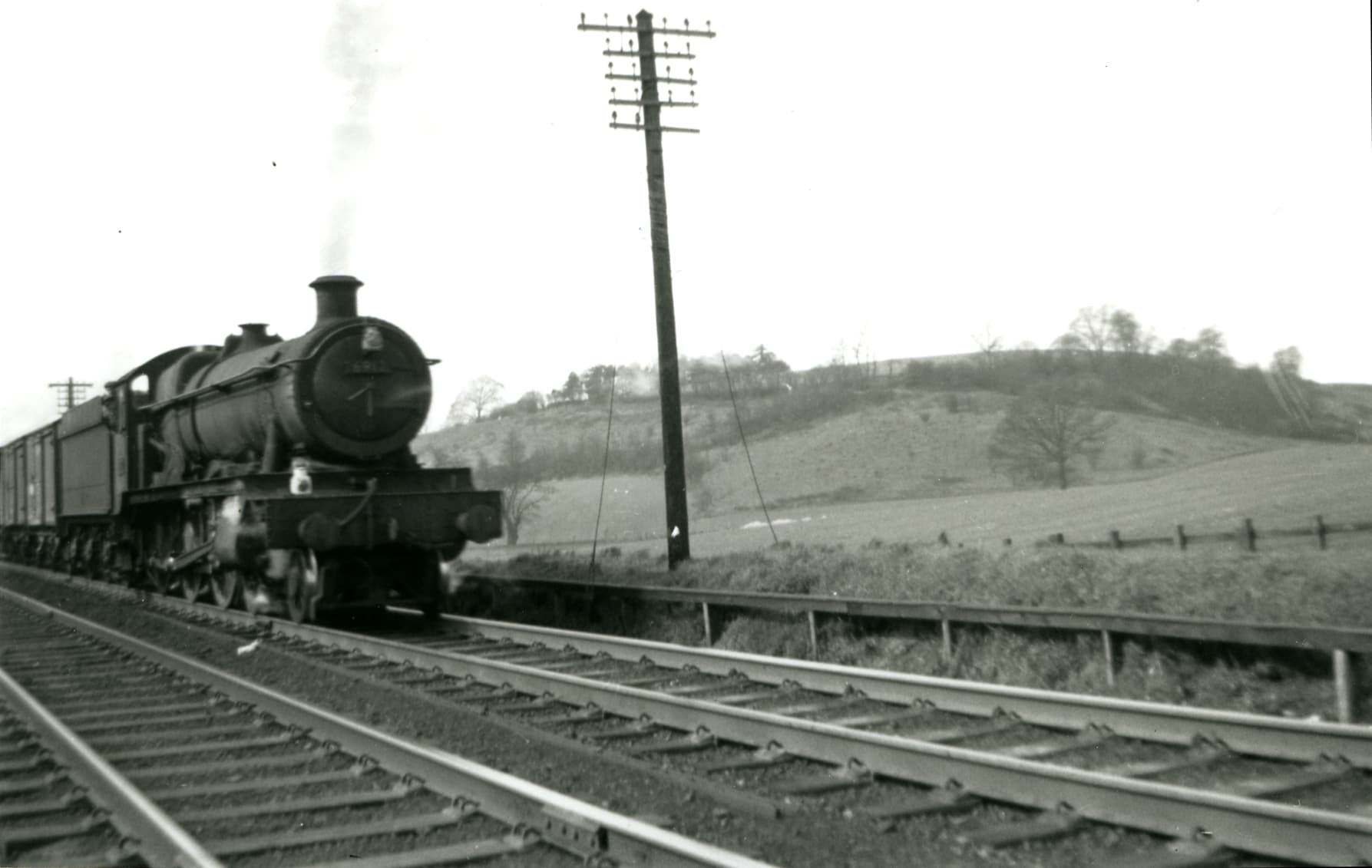 Helmster Hall, of 88A Cardiff East Dock, labours up the Lickey Incline with a partially fitted freight on 13th April 1963.

LMS, LNER, BR, WD and GWR locomotives recorded in July were as follows:

Other LMS types – expresses and freights.

LNER – all on holiday passenger traffic.

(Strangely enough there were no recorded sightings of GWR types from 82E Bristol Barrow Road during July.)

So there we have it, a wide selection of steam power on view at Barnt Green during  July 1964 from depots as far apart as Bath to Manchester, Birkenhead to Bletchley and Llanelly to York.