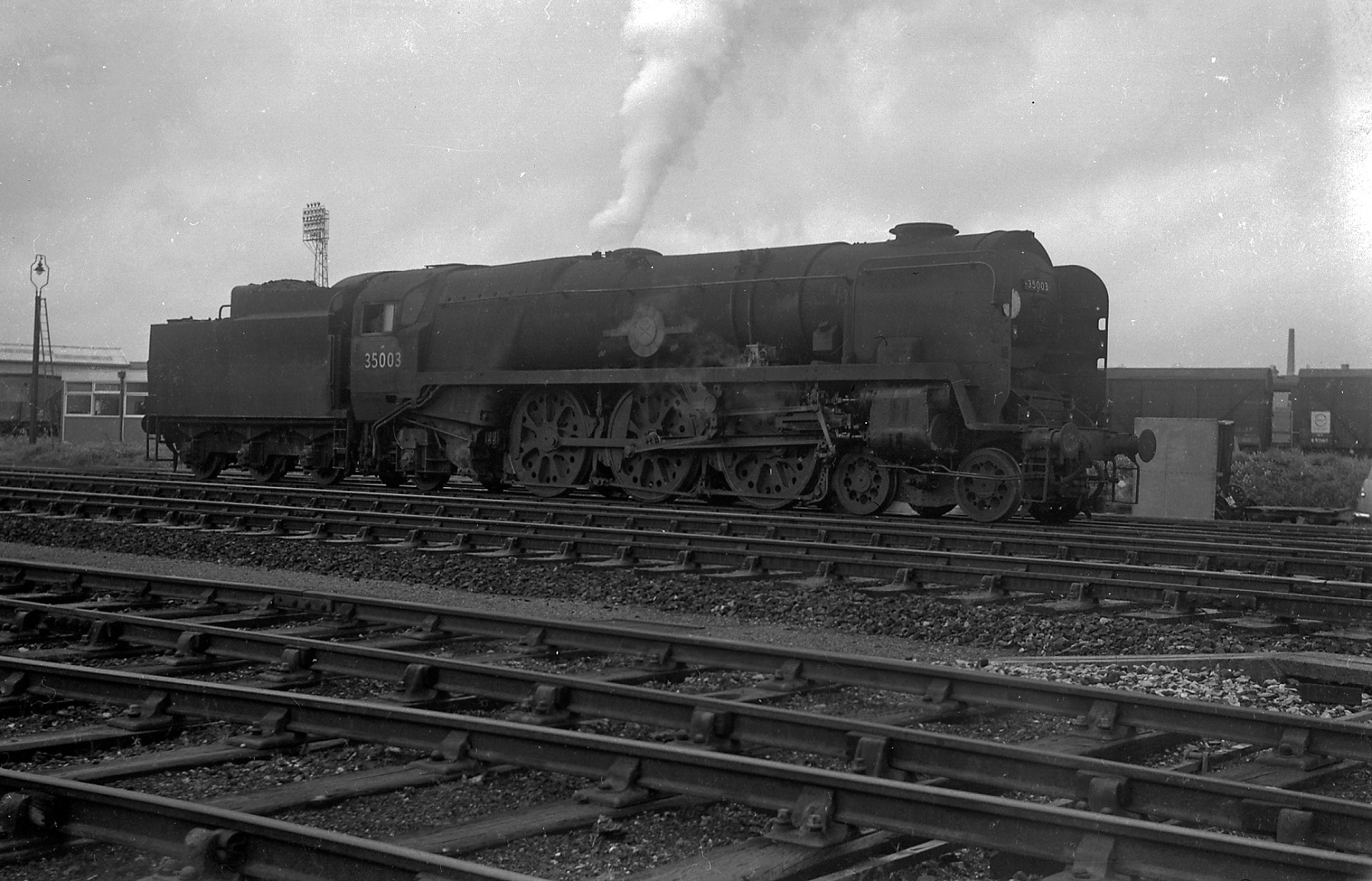 SR Rebuilt Merchant Navy Class 4‑6‑2 No. 35003 Royal Mail lets off steam at Eastleigh Motive Power Depot. Royal Mail was rebuilt during August 1959 and survived until the end of steam on the Southern Region, being taken out of service week ending 9th July 1967.