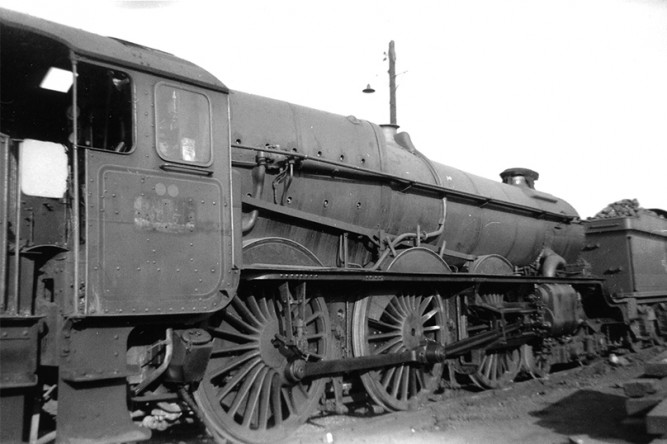 With the introduction of the winter timetable on Monday 10th September 1962 it brought to an end the long reign of the GWR King Class 4‑6‑0’s on the Paddington to Birkenhead expresses via Birmingham (Snow Hill) and Wolverhampton (Low Level) and by the 29th of the month eleven withdrawn examples were set aside in sad rows, with name and numberplates removed and chimneys sacked, at 84A Wolverhampton (Stafford Road). They were as follows: 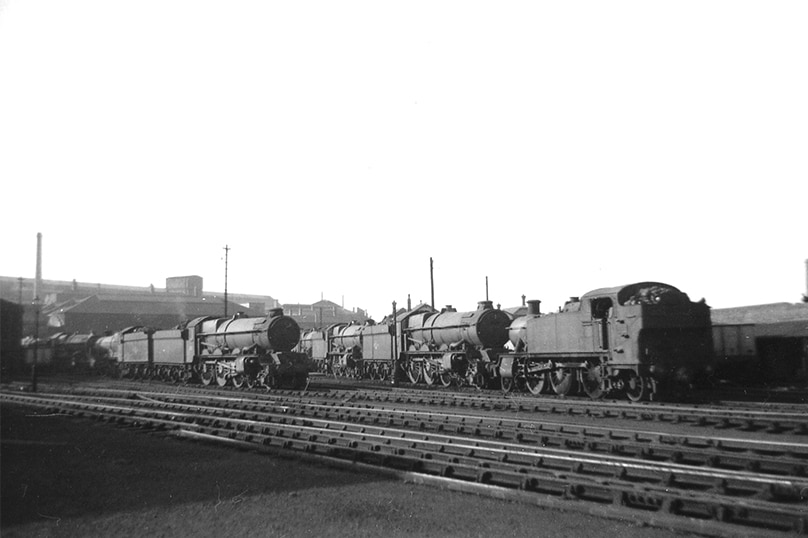 A panoramic view of the shed yard at Stafford road with a number of the condemned ‘Kings’ on show. The interloper is GWR 5100 Class 2‑6‑2T No. 5199 (since preserved). Once the Kings were withdrawn Stafford Road lost much of its importance as a main line steam depot, but managed to linger on until complete closure on 9th September 1963. Today, the former depot is a trading estate and the only reminder of its previous role in the railway world is the bridge spanning a canal between where the coaling stage was situated and the running sheds. 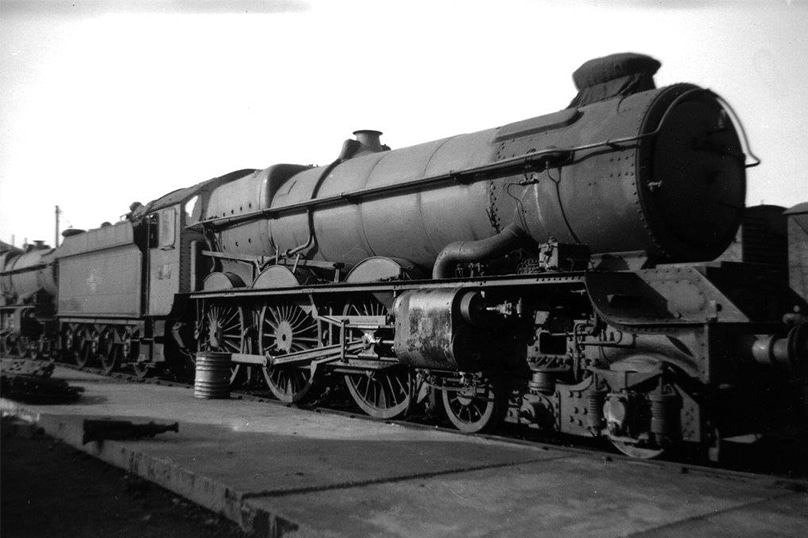 6014 King Henry VII – note the V‑shaped cab, a memento of its semi‑streamlined days. 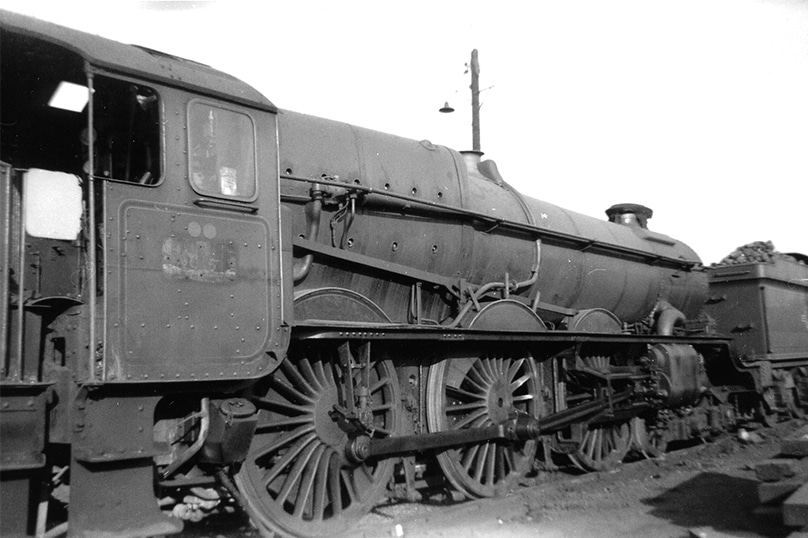 6015 King Richard III – note the King in front, tender still filled with coal – was it emptied before removal or a ‘bonus’ for Cox & Danks personnel during the cold winter months?