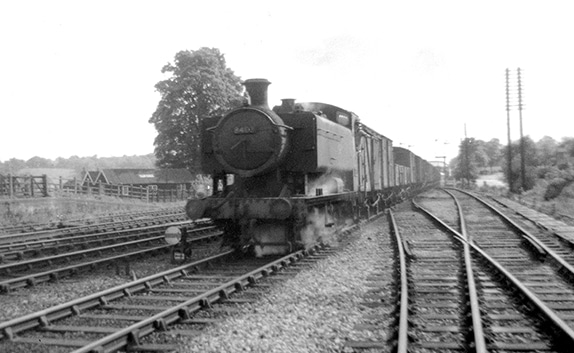 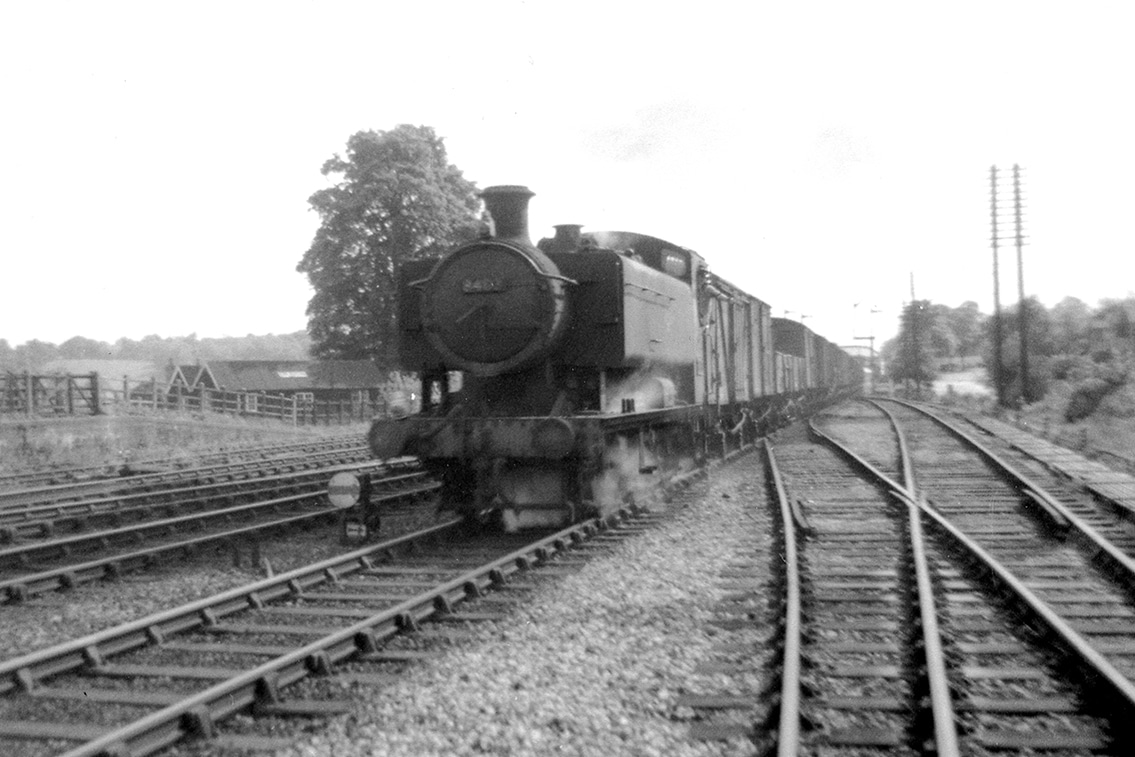 85D Bromsgrove based GWR 9400 Class 0‑6‑0PT No. 8403 has been allowed a path on the up main line at Barnt Green with a lengthy Worcester goods. Transferred to 85B Gloucester (Horton Road) in October 1964, 8403 ended its working life from 82E Bristol Barrow Road, being withdrawn from there on 16th June 1965. A few months later it was reduced to a pile of scrap metal at the hands of Ward’s, Briton Ferry.

We are at the height of the summer timetable and steam still remained supreme both on freight traffic and extra holiday passenger services. Unfortunately my records of steam activity during this month fall short by one week, a week that was spent shed‑bashing, armed with permits (no sleep stops planned in advance – big mistake) on the Scottish Region courtesy of their excellent all‑around Scotland railrover ticket.

One subject I have not touched upon yet were the restrictive practices employed by the unions (‘You won’t get me I’m part of the union’) which must have cost British Railways (and the taxpayers) a small fortune. One such example was when the signalbox guttering was in need of repair. Whilst the workman was slowly tapping away with his hammer (in between tea breaks) or utilising his screwdriver (dinner and another tea break) my signalman, Gordon, asked me to ask him if he could drop a few nails into the loose wooden catwalk at the front of the box. The curt answer was: ‘Not my job son, it’s the carpenter’s’ and so a carpenter had to be sent for.

A second incident was when a small piece of equipment, about three feet long, fell off the underside of a DMU near to the station. This was something a child could have collected, but no, half a dozen or more men, including Inspectors, were despatched to collect the same.

On one occasion the all but redundant goods yard at Barnt Green was the scenario for the transfer of a huge new boiler from rail to road which was bound for the car plant at Longbridge from the manufacturer. It arrived at night on low‑loader wagons incorporated in an out‑of‑gauge freight train and upon arrival had to be carefully postioned, via the employment of a crane or cranes under the glare of spotlights, onto a massive lorry (with more wheels than a centipede has legs) for its short onward journey and with any luck, assuming that the workforce were not on one of their innumerable strikes, it would be installed in a matter of days – or weeks – or months!

The transfer process took hours to complete, much of which would be spent on … (you’ve guessed it … tea breaks…). A couple of weeks later the process was reversed and it was rumoured, though never clarified, that the new boiler was being returned because of a manufacturing fault.

The reasoning behind the rumour was because shoddy workmanship was rife in Great Britain in the 1960’s, a period epitomised in the film entitled: ‘I’m Alright Jack,’ starring Peter sellers as an intransigent union leader at a manufacturing firm run by an incompetent management team and so it was odds‑on that this was probably the reason why the boiler was being returned. If true, heaven knows how much this charade cost! Meanwhile, several thousand miles away the Japanese Industrialists were in the wings, biding their time before waiting to pounce! 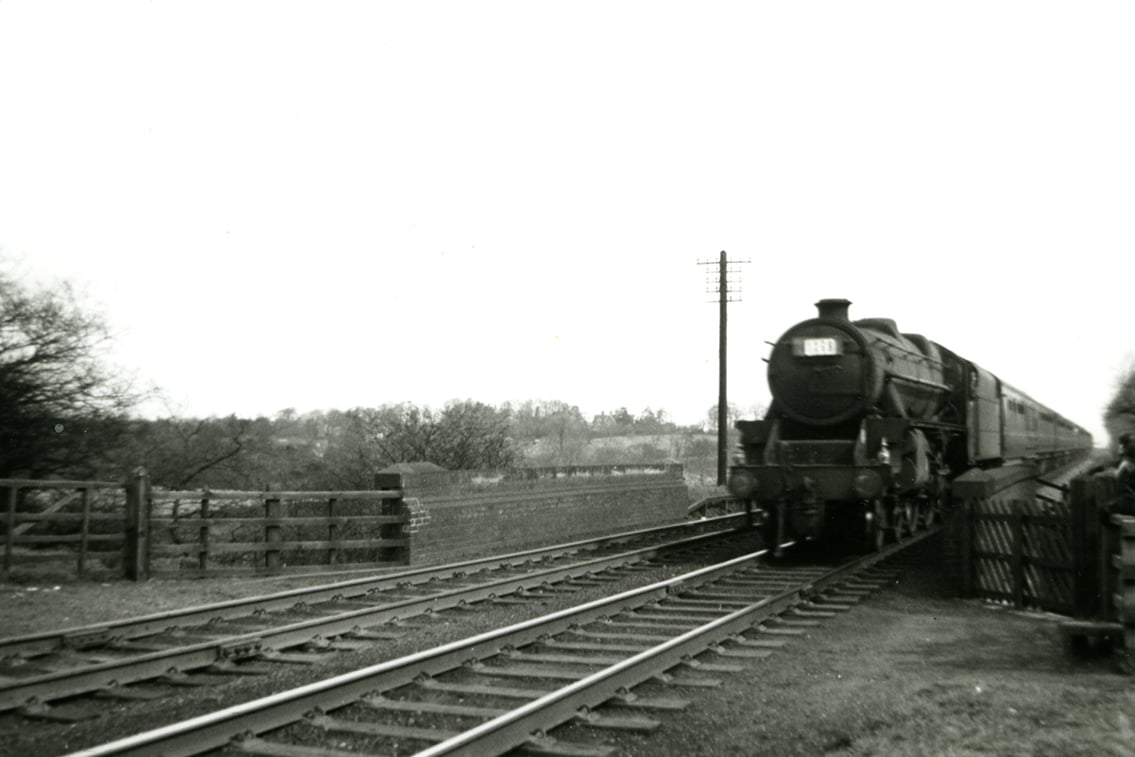 LMS Class 5 4‑6‑0 No. 45429, from 2A Rugby, hurries its excursion stock down the 1 in 37 Lickey Incline between Blackwell and Bromsgrove on 13th April 1963. Subject to a number of transfers during the fifties and sixties No. 45429 ended up at 6A Chester from whence it was taken out of service week ending 7th August 1965.

Back on the steam scene and despite my week’s absence I was able to record quite a number of LMS Jubilee Class 4‑6‑0’s still hard at work on passenger and express freight duties:

Other LMS types recorded are as follows:

The locomotives recorded in the three week period were still from a wide variety of depots: from Llanelly to Goole, from Leeds to Taunton and from Carlisle to Wellingborough.