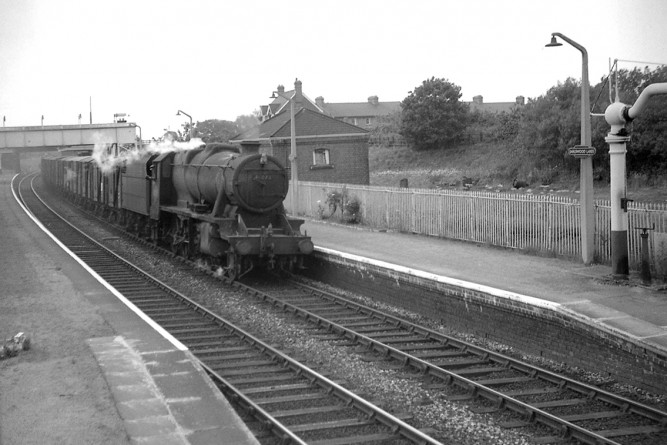 The late spring and early summer saw an increase in express passenger workings along the North Warwick line though nothing on the scale of the 1950’s. Back then the former GWR locomotives hauling these trains would have had polished brasses and gleaming paintwork, but, alas, by 1965 were generally in unkempt condition and devoid of nameplates with many missing smokebox numberplates. In 1964 Castle Class 4‑6‑0’s based at Oxley and Tyseley depots would have dominated these duties but by June 1965 all had been withdrawn being replaced by BR Britannia Class 4‑6‑2’s allocated to Oxley.

Between 29th May and 12th June I took my annual leave (two weeks was all one was allowed in those days). The first week was spent at Butlins, Bognor Regis, my one and only visit to one of those establishments, with my fireman at Tyseley spotting mate ‘Chuff.’ We travelled there by rail from Birmingham (Snow Hill) – Paddington, thence from  London Victoria to Bognor via Redhill, Three Bridges and Horsham with a change of trains at Littlehampton  returning via the same route on 5th June – what a round robin that was!

Before I recommenced my signal box duties at Earslwood Lakes on 14th June we did a ‘three day bash’ of sheds in the north‑west, the mode of transport being ‘Chuff’s’ 650cc Triumph Bonneville m/c. Unlike previous years when we had ‘roughed it at night,’ we had the luxury of Bed & Breakfast. Depots visited were as follows:

All in all we noted almost 400 steam locomotives.

14th June saw the total closure of 2L Leamington and the locos allocated there for banking duties from Stratford‑upon‑Avon were transferred to 2A Tyseley becoming a familiar sight passing Earlswood box as light engines travelling to and from Stratford. 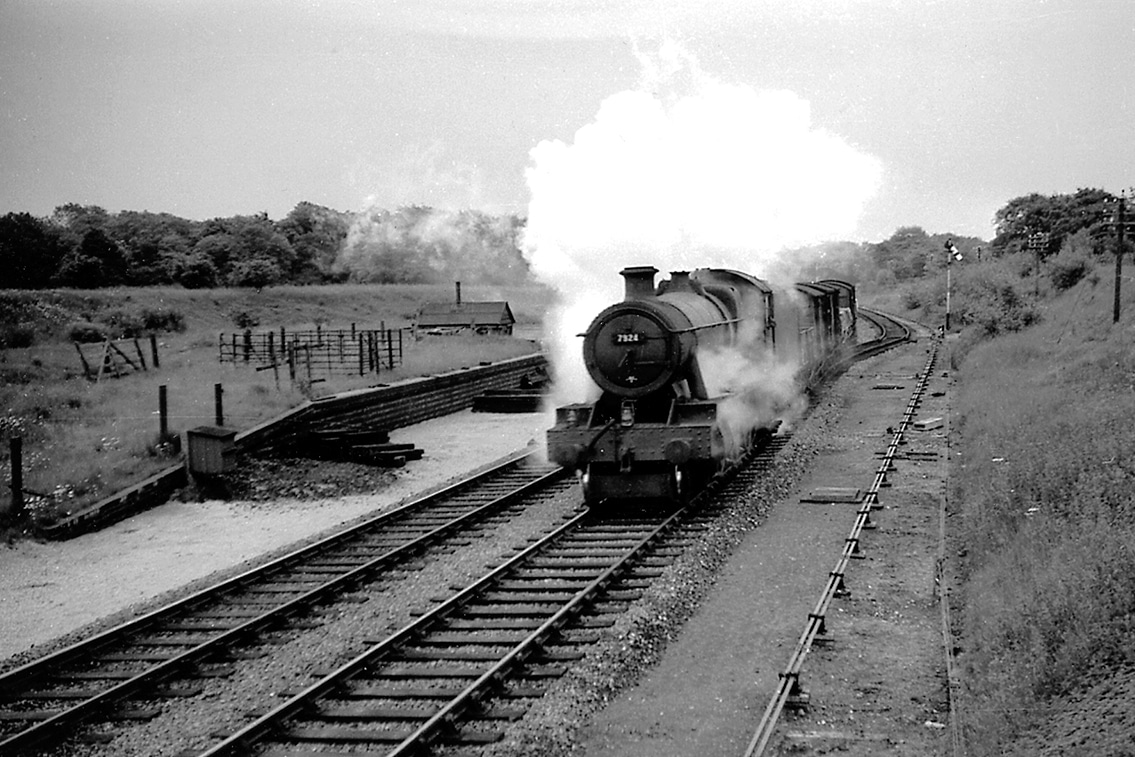 With a clear road ahead GWR Modified Hall Class 4‑6‑0 No. 7924 Thornycroft Hall, from 82E Bristol Barrow Road, approaches Earlswood Lakes Signal Box in a flurry of white smoke after the long climb from Stratford‑upon‑Avon with an early morning up fitted freight from Tavistock Junction on 19th June 1965. Note the home‑made smokebox numberplate. 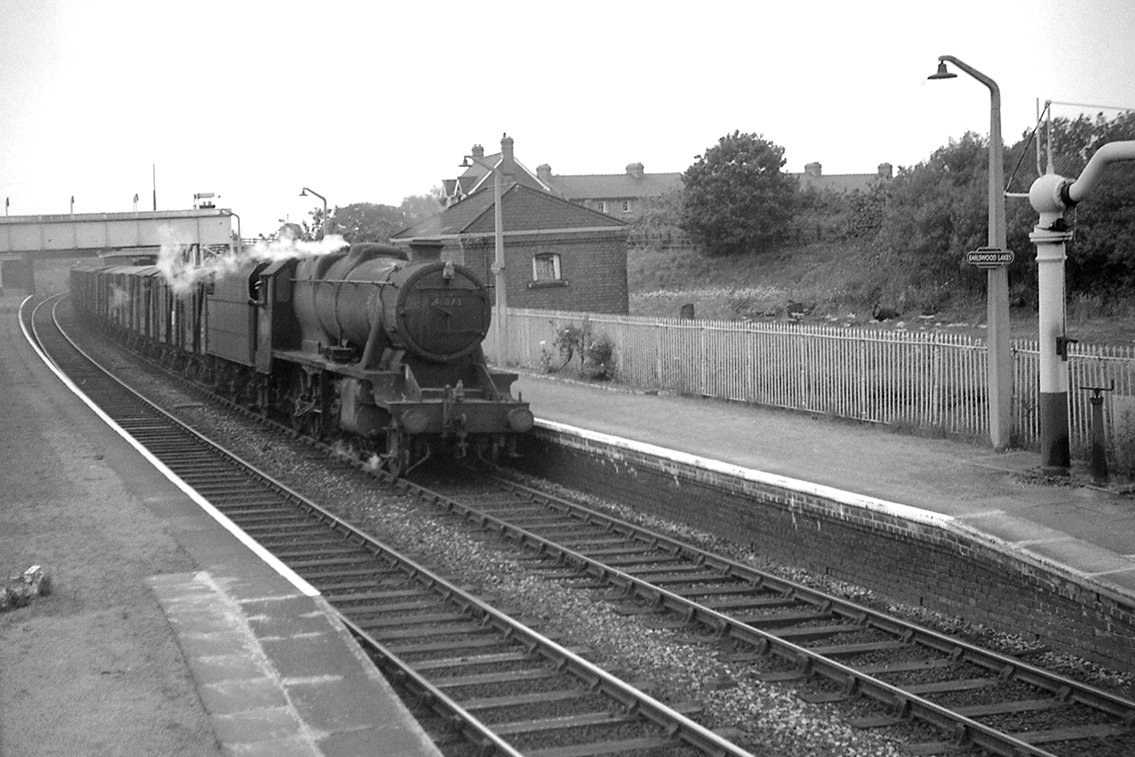 With wisps of steam escaping from the safety valves LMS Class 8F 2‑8‑0 No. 48073 (16C Derby) passes Earlswood Lakes Box and coasts down the long descent to Bearley Junction and Stratford with a lengthy Class 8 goods on 30th June 1965. For many years a 16B/16E Kirkby steed No. 48073 was transferred to Derby in December 1964. 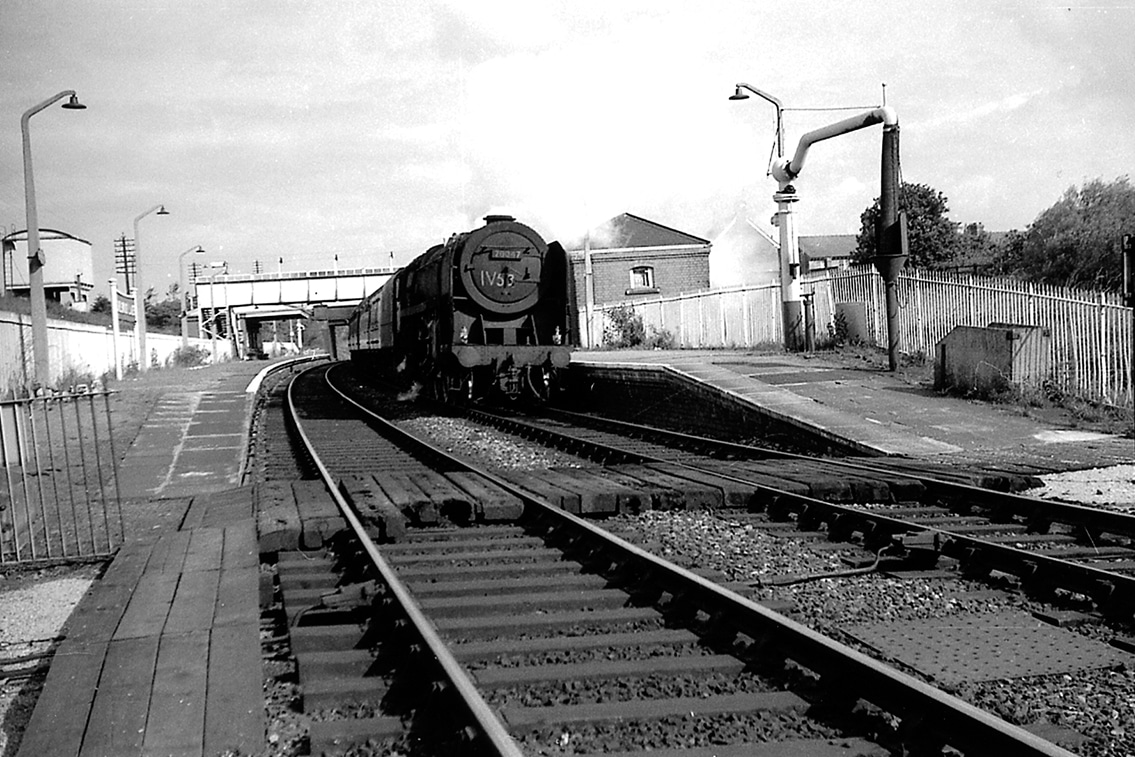 The continual rundown of steam traction on BR and the ever‑increasing closures of steam depots during 1965 was reflected in the fact that the majority of locomotives observed during June were from MPD’s in and around the Midlands area as they were in May. The odd ‘foreigner’ exceptions from distant parts came from two of the few remaining steam sheds in South Wales and one from Bletchley.