Home 2017 March 18 Tales from Chasing Steam: ‘RULE BRITANNIA & THE ONE THAT GOT AWAY’

Tales from Chasing Steam: ‘RULE BRITANNIA & THE ONE THAT GOT AWAY’ 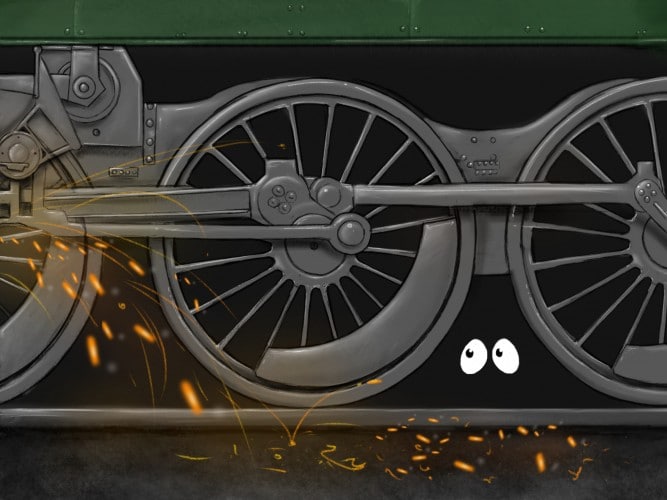 Since the 1980’s I have penned many a story relating to my trainspotting experiences, some on a serious note and others in a more light‑hearted manner and from time to time have included reminiscences and anecdotes from fellow like‑minded characters.

A story from the latter category was related to me in the dim and distant past, but was so entertaining I thought it time to bring it to life and I would like to thank the enthusiast who related it to me, although, unfortunately, his name escapes me. If the aforementioned gentleman is still alive and kicking and has the opportunity to read this article then please get in touch and an apology if I have embellished it a smidgen too much.

In September 1961 a clutch of BR Britannia Class 4‑6‑2’s Nos. 70024‑70029 were drafted to 21D Aston from 86C Cardiff (Canton) and being South Wales based locomotives were prior to this date extremely rare birds to ‘spot’ in the Birmingham area.

Rumours of their impending arrival abounded on the ‘spotters grapevine,’ no ‘internet’ in those days, and on one particular day in September following their arrival, probably a Sunday, a small crowd of spotters were gathered on Long Acre adjacent to the rear of the shed.

Aston depot was a ‘hard nut to crack’ at the best of times. Apart from being located between two sets of main running lines the only entrance, situated in Long Acre, led down flights of steps which led straight past the shedmaster’s office and there are no prizes for guessing how few spotters ever got past this almost insurmountable obstacle, although for a short period of time myself and my mates used to vault over a wall situated about halfway down the steps and land in a convenient pile of coke which softened the fall. This practice came to a halt after one of our motley crew, without checking to see if the coke pile was still there, leapt over and to his, and our, horror, the coke had gone. Talk about ‘look before you leap.’ How on earth he suffered no broken bones I will never know, but this was part and parcel of the hazards of ‘unofficial shed‑bashing.’

Anyway, I digress, so back to the Britannias saga. For those readers who never visited Aston MPD the depot faced away from Long Acre and it was nigh on impossible to see, let alone identify, any locos in the yard from that position.

As the day progressed the crowd of spotters increased in numbers and to add to the general chaos other rumours spread like wildfire – not only were there ex. Canton Britannias on shed but so was a Clan and also a Merchant Navy – such was the imagination of the rumour‑mongers in those halcyon days.

Becoming uncomfortably aware of the growing band of garrulous spotters on his doorstep, the shedmaster, fearing an invasion, summoned help in the shape of the British Transport Police, who after duly arriving in numbers, mingled with the notebook‑waving youths in Long Acre. Their very presence, they thought, smirking, would deter any would‑be trespasser or trespassers from entering the depot. How wrong they were!

Law or no law, the opportunity of missing seeing the Britannias and the non‑existent Clan and Merchant Navy became too much for one lad and in a flash jumped over the bridge, ran down the embankment and hared along the running lines before disappearing into the shed yard. His actions opened the floodgates and swarms of spotters followed suit despite the efforts of the senior Mr. Plod and his cohorts who were busy impersonating latter‑day King Canute’s in their vain attempts to stem the tide of the ‘far‑too‑quick for them’ trainspotting fraternity.

However, despite the humiliation of being outflanked and outrun by a bunch of youngsters, retribution was on the immediate horizon for the brave boys in blue.

They poured down the steps, in ‘keystone‑cop fashion,’ and after a brief series of chases around the yard and running shed they thought they had rounded up all of the unwelcome guests, including the storyteller, who, in his own words, described the following:

‘Each and every copper held two spotters each, all of whom were having their ‘collars felt,’ so to speak, including myself, and as they triumphantly paraded their ‘bag,’ to the metaphorical accompaniment of much ‘back‑slapping,’ I happened to glance at the driving wheels of a Britannia in steam at rest over an ashpit. Directly facing me and peering between two of the driving wheels, with hot ashes for company, were the whites of the eyes of a spotter who had sought sanctuary beneath the locomotive!’ 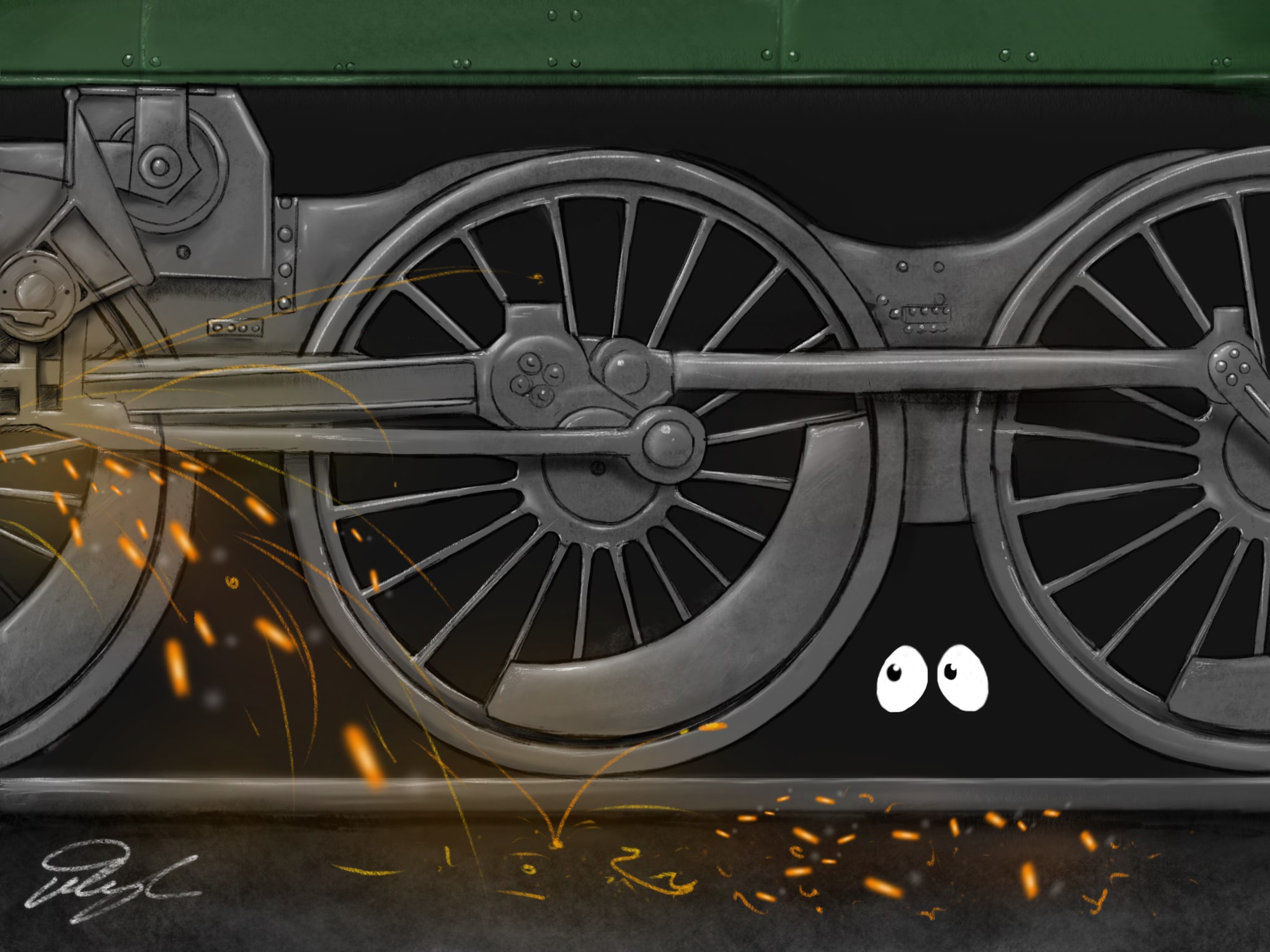 The One That Got Away

Having evaded capture, despite the erstwhile efforts of the long arm of the law, one can only describe this innovative character as ‘the one that got away.’