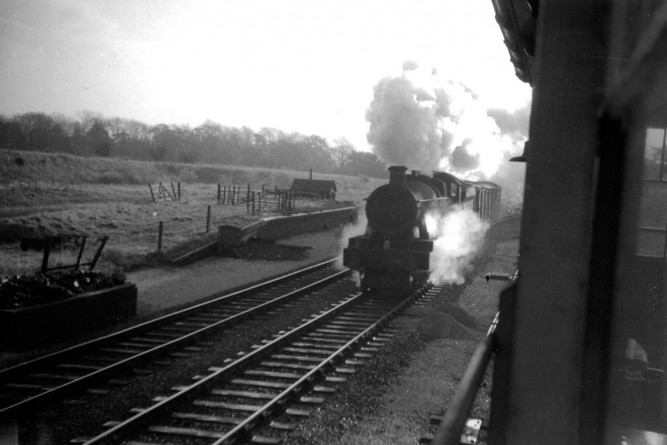 The months of November, running into December 1965 were, as I remember, particularly bleak weather‑wise. Damp and wet days interspersed with hard frosts and fog. The wintry chill also extended to railway operations over the North Warwick line and was in fact the continuation of a long‑running battle, first muted in 1964, to axe the line under the Beeching plan and like many other routes and stations doomed to closure, it was done in a sneaky underhand way. In those days there was no such thing as flexi‑time for office workers. They had to be at work on or before 9.00am – or else! A popular train for commuters was the 8.35am local passenger from Shirley to Birmingham (Moor Street) which upon arrival allowed office workers enough time to get to their places of work. The authorities altered the time of this train to 8.40am. Five minutes does not sound a lot but it did if it meant travellers being late for work, so as a consequence patrons ceased to use this train in droves and the loss in revenue would go down in the railway ‘accountants books’ as a loss.

Other ‘nails in the coffin’ with regards to eventual closure were the running of ‘empty freights’ over the line – another ‘accountants loss,’ plus, for some months English Electric Type 4’s (Class 40) had been employed hauling empty coaching stock under the guise of ’driver training,’ which again contributed as a ‘loss‑maker.’

To cut a long story short the authorities eventually failed in their bid to close the North Warwick line thanks to the actions of a determined group of commuters, whom, in their desperation, turned to the legal profession as a last resort and as a result of their steadfastness and courage in taking on the BR monolith (backed by public money) won the day. The judge in the case was scathing in his criticism of the antics of BR.

Returning to November 1965 it was the month when all freights ceased to run over the North Warwick along with the demise of steam, which, thankfully, has made a comeback in more recent years with the likes of ‘The Shakespeare Express’ to mention but one example. 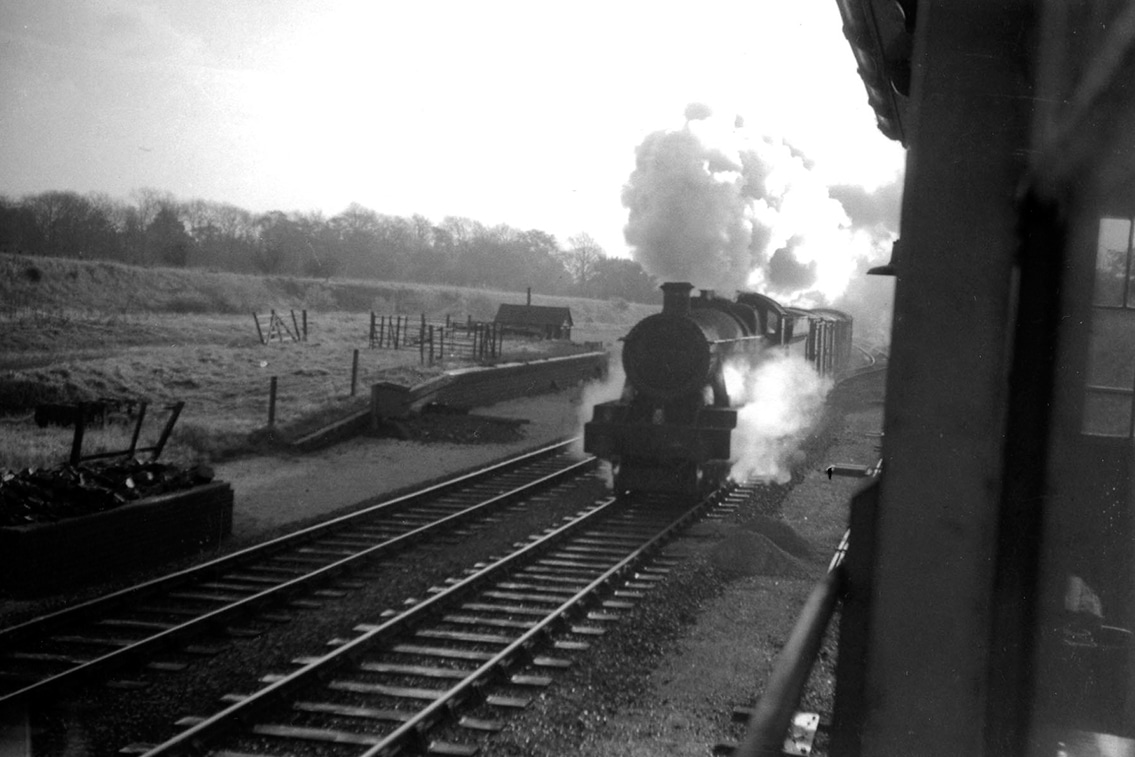 GWR locomotives being hauled to scrapyards: 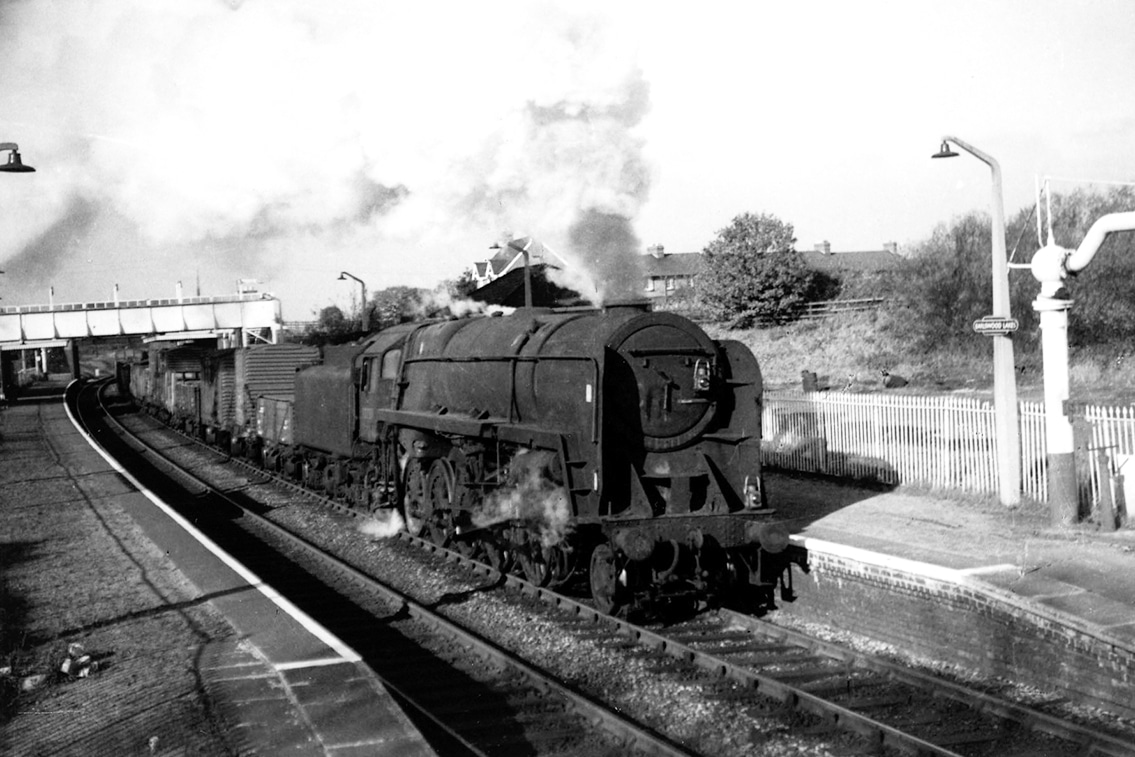 Equipped with a double chimney BR Class 9F 2‑10‑0 No. 92227, of 2D Banbury, minus its smokebox numberplate, heads the down Swindon partially fitted freight on 5th November 1965.

After the 18th November my future prospects on BR looked rather bleak with countless railwaymen being made redundant. With the freights now gone the night shift at Earlswood Lakes Signal Box was axed and as a result the wages dropped significantly – it was time to look elsewhere – I was to remain a railwayman for a while, but the elsewhere was going to be as far away from Earlswood as one could possibly get, but that is another story.