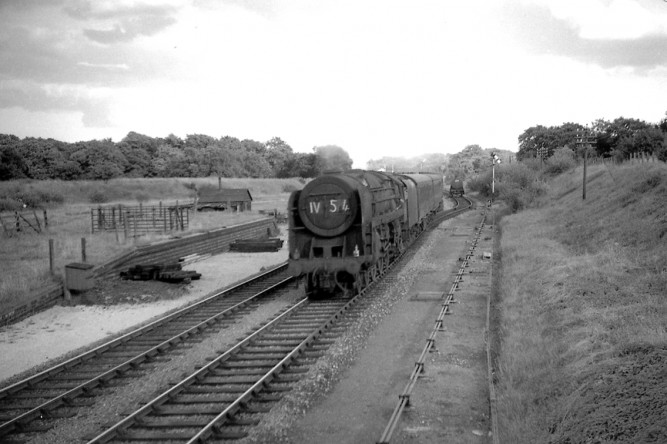 We are now into high summer, though as I remember it 1965 was a very poor one weather‑wise with little sunshine and lots of cloudy skies and rain. On odd occasions, weather permitting, Stuart, the porter and I, used to have games of cricket in the abandoned goods yard, in between trains of course. From time to time I used to wash my ‘sit‑up‑and‑beg’ Ford Popular using the water column on the down platform. The car appeared to be jinxed because apart from breakdowns, punctures and other mechanical failures I somehow managed to wrap the water column control chain around one of the door handles and when I backed the car away it contrived to rip the handle off. Other peculiarities of this car were as follows: The indicators were manual and used to stick from time to time so one had to bang the inside of the car to get them to work and the windscreen wipers were a law unto themselves: vacuum operated, when one drove up an incline they would creep from side to side – useless in heavy rain – but going downhill it was a different kettle of fish – having a mind of their own they would operate at high speed and as a result would jam from time to time. Also there was no such thing as ‘windscreen washers’ in 1965 – no further comment is needed!

On the railway scene, Mr. King, the former Stationmaster, had all but disappeared and from time to time his replacement, the soul‑less ‘Line Manager’ would put in an appearance, as would an Inspector on the odd occasion. Steam still ruled the roost with regards to freight and express passenger duties and the GWR 5100 Class 2‑6‑2T’s still held sway on the 7.06am Henley‑in‑Arden to Birmingham (Moor Street) local passenger.

Steam locomotives recorded in August 1965 were as follows: 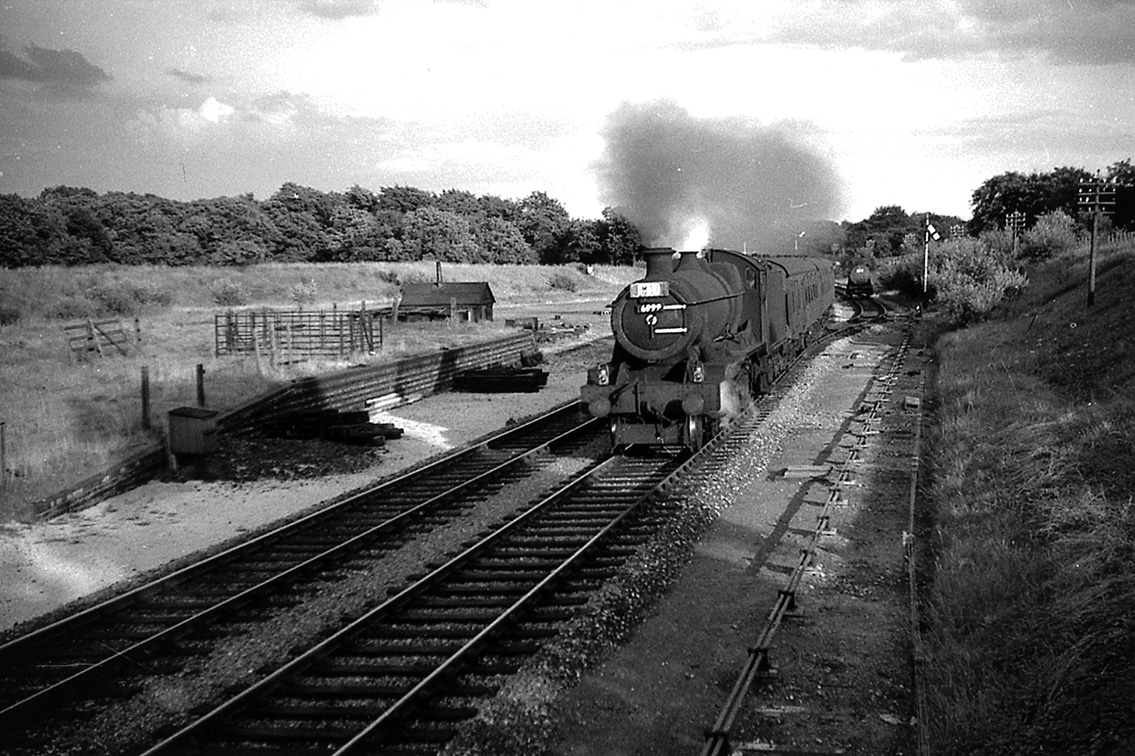 Shadows lengthen in the early evening as GWR Modified Hall Class 4‑6‑0 No. 6999 Capel Dewi Hall, from 81F Oxford, speeds towards Earlswood Lakes Signal Box with a dirty exhaust at the head of a Kingswear to Wolverhampton (Low Level) express on 7th August 1965. Withdrawn on 31st December from 81F No. 6999 soon became another cut‑up statistic at Cashmore’s, Newport. 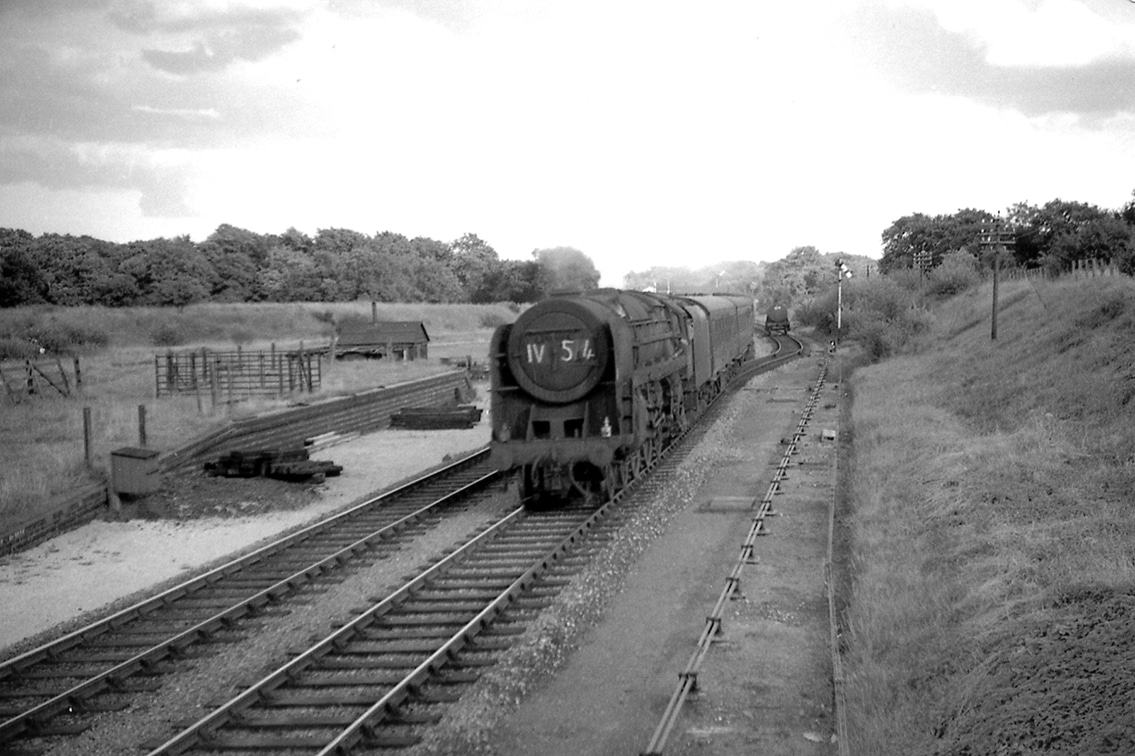 Begrimed 2B Oxley BR Britannia Class 4‑6‑2 No. 70053 Moray Firth, sporting the chalked reporting number of 1V54, in charge of another Kingswear to Wolverhampton (Low Level) express, also on 7th August 1965. Note the single oil tanker in the up refuge siding a victim of a hot box no doubt. It would be repaired on site and collected at a later date.

As can be seen from the above representatives from the remaining Western Region sheds in England were becoming sparse, apart from Bristol Barrow Road, Oxford and Worcester. South Wales was confined to just three examples from Newport (Ebbw Junction). Also, locomotives from distant parts were becoming a rarity: restricted to just one each from Birkenhead and Leeds and two from Warrington. The highlight of the month, however, was the appearance of 62057 from York which had obviously been seconded for a southbound freight working by the authorities at Saltley MPD – oh for a camera on that day!