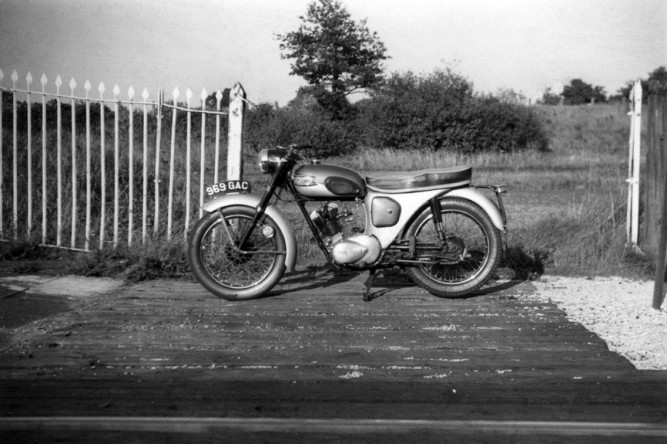 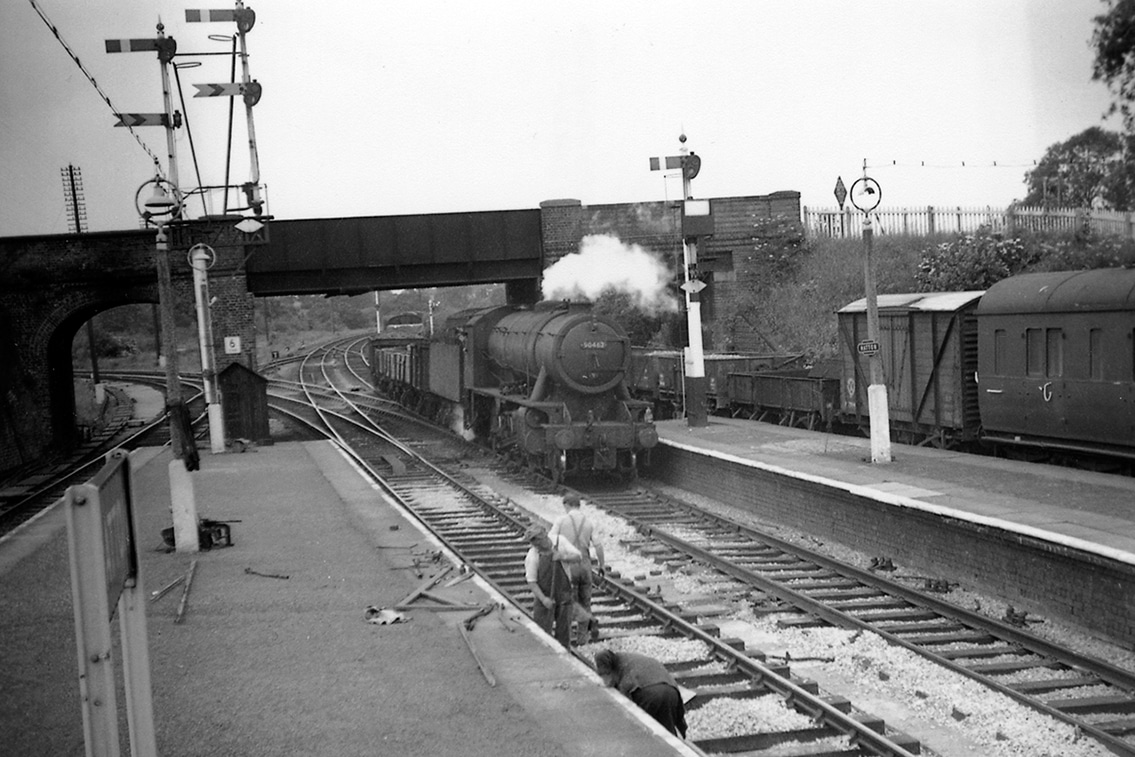 Lower quadrant signals abound at Hatton station as WD Class 8F 2‑8‑0 No. 90462 eases its load of goods wagons out of the up loop and heads for Leamington and beyond on 21st June 1965. Based at 50B Hull (Dairycoates) this loco would have been a ‘rare cop’ for spotters in this area of the Midlands. Note the workmen on the track – no hi‑viz jackets in those days!

Into November and the day of reckoning for my examination by a signals inspector was drawing ever nearer. My time was split between learning the ropes in Hatton West box and brushing up on the rules in Hatton South box. The day in question arrived on 13th November and after a lengthy grilling I was informed, much to my relief, that I had passed the rules and would be commencing my duties as a Class 4 signalman on 16th November. For a time it was unnerving, having to make my own decisions without the protection of a senior man at hand, but I soon got used to it.

The biggest contrast between the South and West boxes was in the amount of traffic. The line to Stratford‑upon‑Avon via Claverdon and Bearley was quite sparse and for the most part operated by diesel multiple units. The only steam to be seen, apart from the Stratford banking locos (for the North Warwick Line to Earlswood Lakes station)which travelled light engines to and from 2L Leamington – GWR 22xx Class 0‑6‑0’s – superseded by LMS Class 2 2‑6‑0’s – were on the odd freights.

Thanks to my promotion I was now able to upgrade my mode of transport and duly purchased, secondhand, a Triumph ‘Tiger Cub’ 200cc motorcycle on 9th December and was now classed as a ‘Rocker.’ 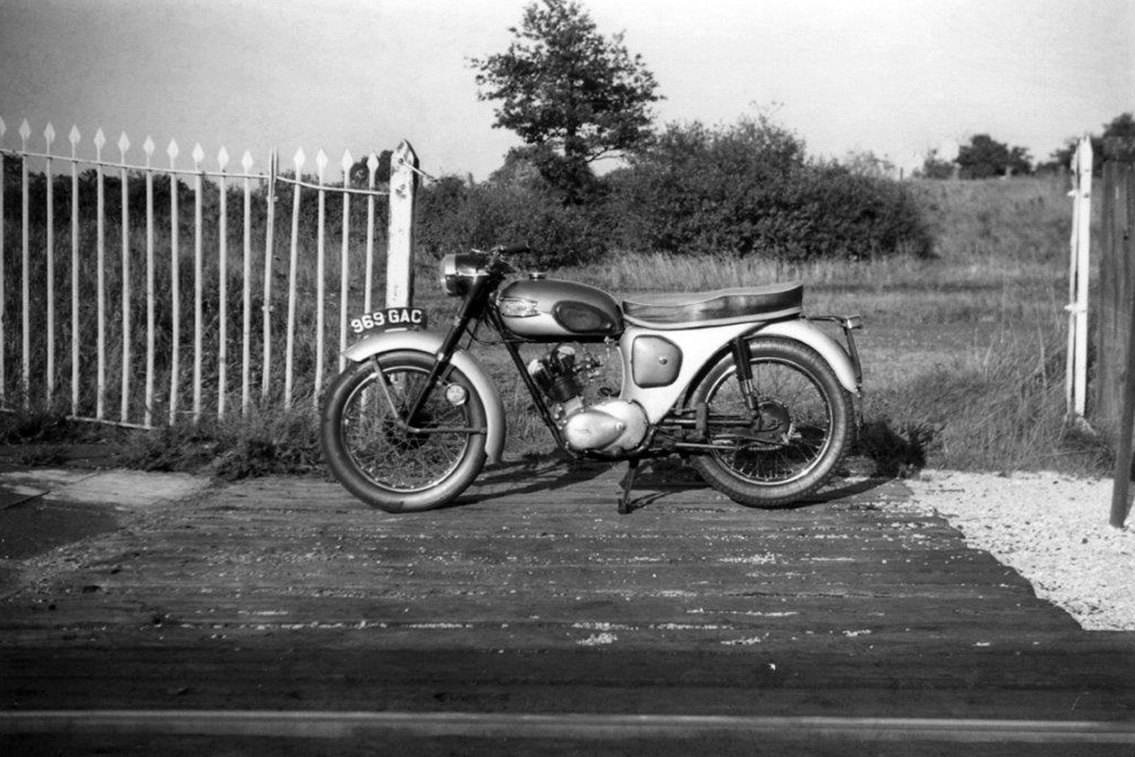 My ‘pride and joy’ purchased in December 1964 – Triumph 200cc ‘Tiger Cub’ motorcycle – I wonder how much it would be worth today!

Through the dismal and sometimes freezing and foggy days and early dark evenings of November, December and January I longed at times to be back in the ‘comfort zone’ of Barnt Green signalbox. As previously described in Chapter One Hatton West was a spartan place and at night, being in the middle of nowhere, it was quite ‘spooky’ listening to the cries of the various wildlife and often ‘jumped out of my skin’ when an unidentified creature ‘screamed’ for no apparent reason.

Listed below are the steam locomotives that I recorded between November 1964 and 16th January 1965, most of which were seen from or in the vicinity of Hatton South box:

Despite the ever increasing dieselisation of British Railways there was still a fair variety of classes of steam locomotives observed at Hatton during late 1964 and early 1965 from depots as far apart as Birkenhead to Willesden, Leeds to Newport and Carlisle to Peterborough. 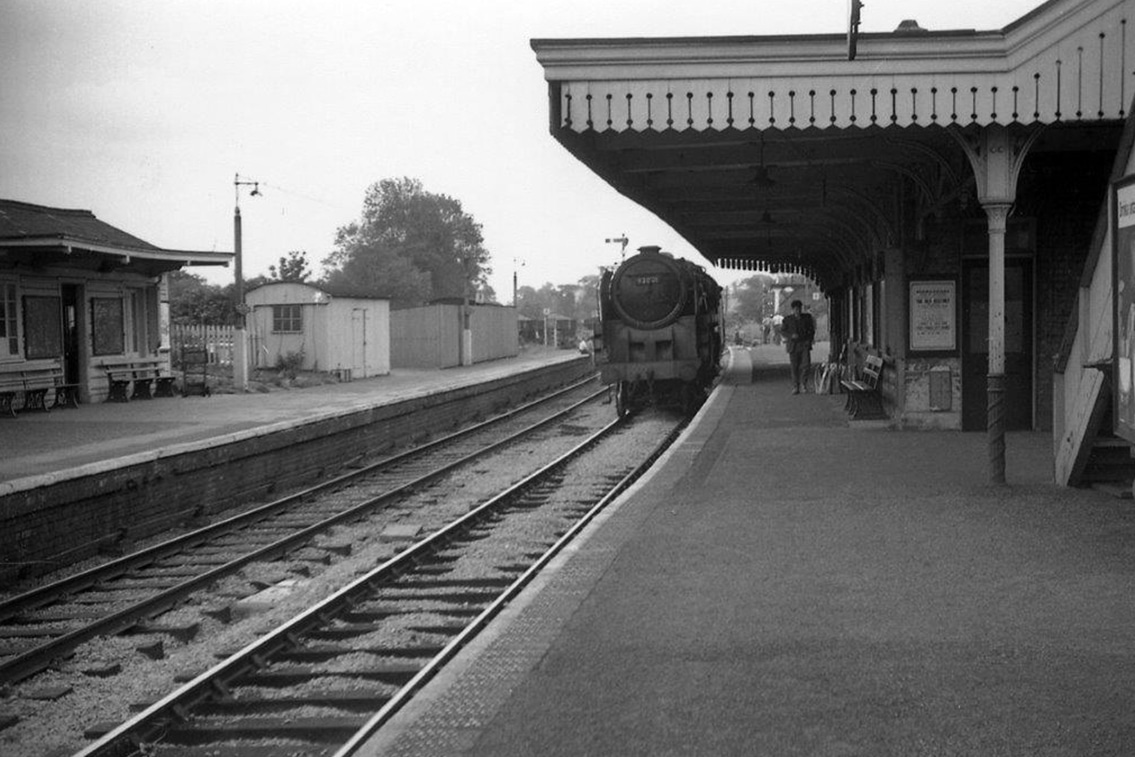 Although it appears that there is only one locomotive in this frame it is in fact a ‘double‑header.’ A duet of BR Class 9F 2‑10‑0’s Nos. 92001 (2A Tyseley) & 92138 (2E Saltley) pass through the station as light engines heading towards Birmingham again on 21st June 1965. Today, Hatton station, with its ‘bus shelters’ is a shadow of its former self.

Towards the middle of January 1965 I was approached by the Inspector who had passed me on the signalbox rules and he offered me the position of signalman at Earlswood box on the North Warwick Line – Class 3 and another pay rise! I immediately accepted, but first of all there was the small matter of this promotion being approved by the ‘Big Chief’ in the ‘Big Office’ at Birmingham (Snow Hill). Within a matter of days and accompanied by the Inspector, I found myself in the ‘Stygian Gloom’ of the ‘Big Chief’s’ office, surrounded by piles of dusty files, some of which possibly went back to the days of Brunel.

Among the questions thrown at me by the ‘Big Chief’ was: ‘How long have you been at Hatton West Signalbox son?’ In the split second that I attempted to unravel my ‘nervously dry tongue’ the Inspector barked: ‘Six months sir.’ I was flabbergasted at his reply because he and I knew that I had only been at Hatton West for two months! (I later discovered that the minimum requirement should have been six months before being considered for promotion.) Satisfied with the Inspector’s timely response my promotion was nodded through and once again I was off to pastures new.

My only regret, with regards to Hatton West, which closed in 1969, was that I never took a photograph of it. At least two photos exist, but despite putting in a request for permission to use them, thus far, unfortunately, there has been no reply forthcoming.