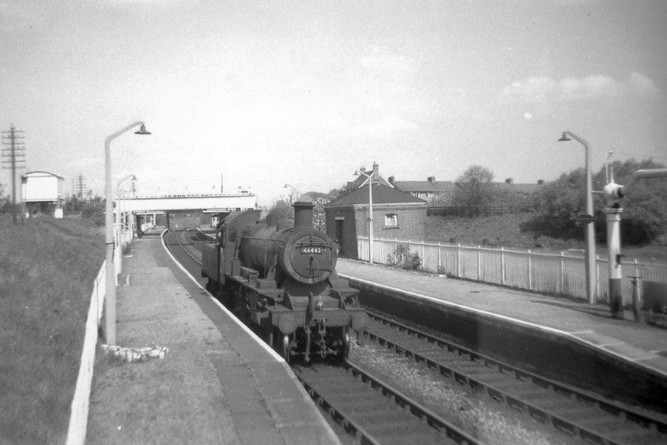 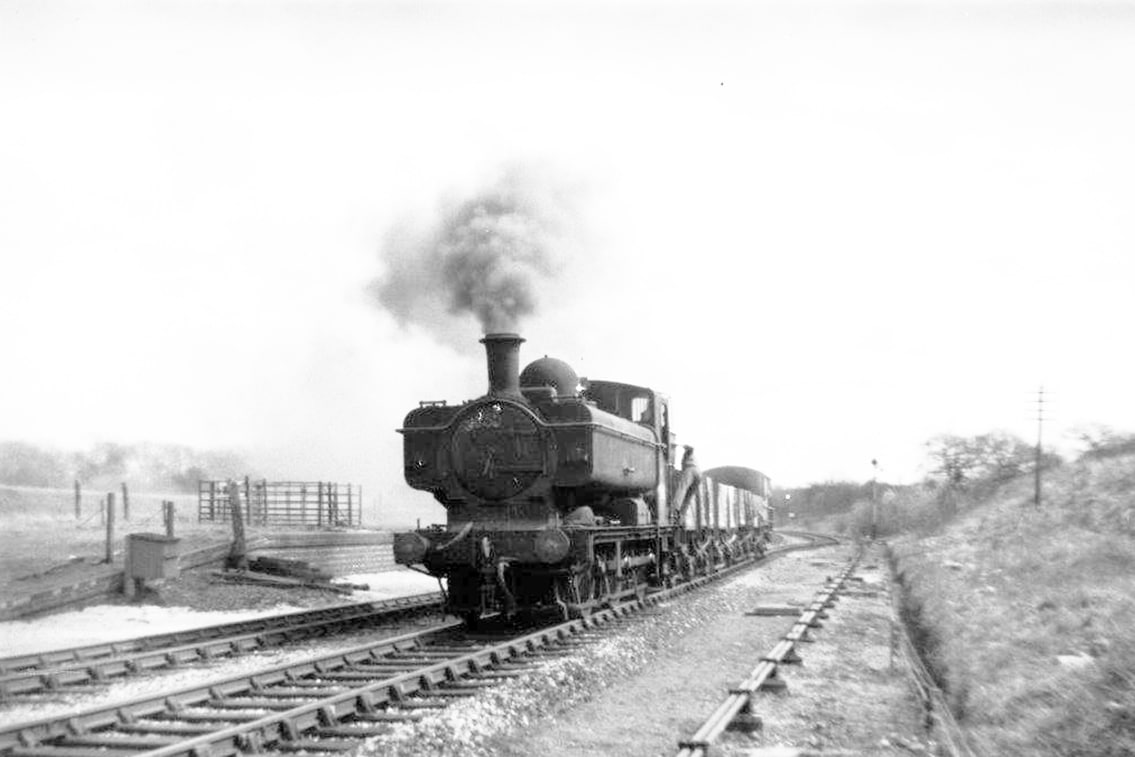 Acrid smoke blackens the Warwickshire skyline as the fireman of No. 3635, bereft of numberplates, checks to make sure all is well before continuing towards Tyseley with a short pick‑up goods on 6th April the occasion of the author’s 19th birthday. No. 3635 once of St. Blazey, Penzance and Swansea East Dock MPD’s had been at 2A Tyseley since April 1964 and was a few short days away from condemnation when this photograph was taken.

It is early spring and the days were warming‑up as I moved into my fourth month at Earlswood Lakes Signal Box. The box was much busier than at Hatton, with steam still to the fore, mostly employed on freight haulage, though nowhere as busy as Barnt Green. Despite this anomaly, Earlswood Box was on a par with the latter, both being deemed Class 3 by the railway authorities. My mother, much to her chagrin, could not understand how I, still in my teens, was earning the same, and more due to the twelve hour shifts, wages as my future stepfather, Gordon, at Barnt Green Box, who was in his fifties. But that was the way of the railway world back in the 1960’s one had equal wages if the job description was the same regardless of age.

Whilst on a twelve hour night shift once the last passenger and the Bristol parcels had departed the only boxes to remain open on this route, apart from Earlswood Lakes, was at Tyseley (South) and Bearley Junction. In the wee small hours there was quite often a long lull in traffic and the only entertainment that I had to while away some of the time was Radio Luxembourg, which went off the air at 2.00am.

For those readers’ who are unaware of this (pop music) radio station it had the annoying habit of fading in and out and from time to time talk/music would invade the radio waves of Luxembourg, accompanied by loud noises akin to those emitted by asdic devices on warships searching for submarines. If it all became too much the radio would be (angrily) turned off, but mostly one had to grin and bear it.

Radio Luxembourg’s main source of income was through advertising and one particular one that grated on the nerves was by a chap with a monotone voice, ‘Horace Bachelor,’ who, after announcing his name then went on to say: ‘From Keynsham’ … ‘spelt … ‘K’ … ‘E’ … ‘Y’ … ‘N’ … ‘S’ … ‘H’ … ‘A’ … ‘M.’ Utilising his unique method, which one had to pay for, he guaranteed that the listener would win the football pools, but I am still, fifty years on, waiting to meet any ‘Horace Bachelor inspired punter’ who did!!!

Whilst on the subject of radio shows back in the fifties and sixties, until the advent of the pirate stations, most were either somewhat boring or dour in content and included in this maelstrom of mediocrity was a ‘ventriloquist’ – hard to believe, but true … a ventriloquist on the radio! Nevertheless the ventriloquist and his dummy were, believe it or not, a raving success, that is until they made the mistake of appearing on television. As everyone knows the golden rule for ventriloquist’s is for them to keep their mouths shut and let the dummy do the talking, but because of his years on the radio the ventriloquist in question either forgot or was unable to keep his particular mouth closed during the act and within a short space of time disappeared into obscurity … what a dummy! 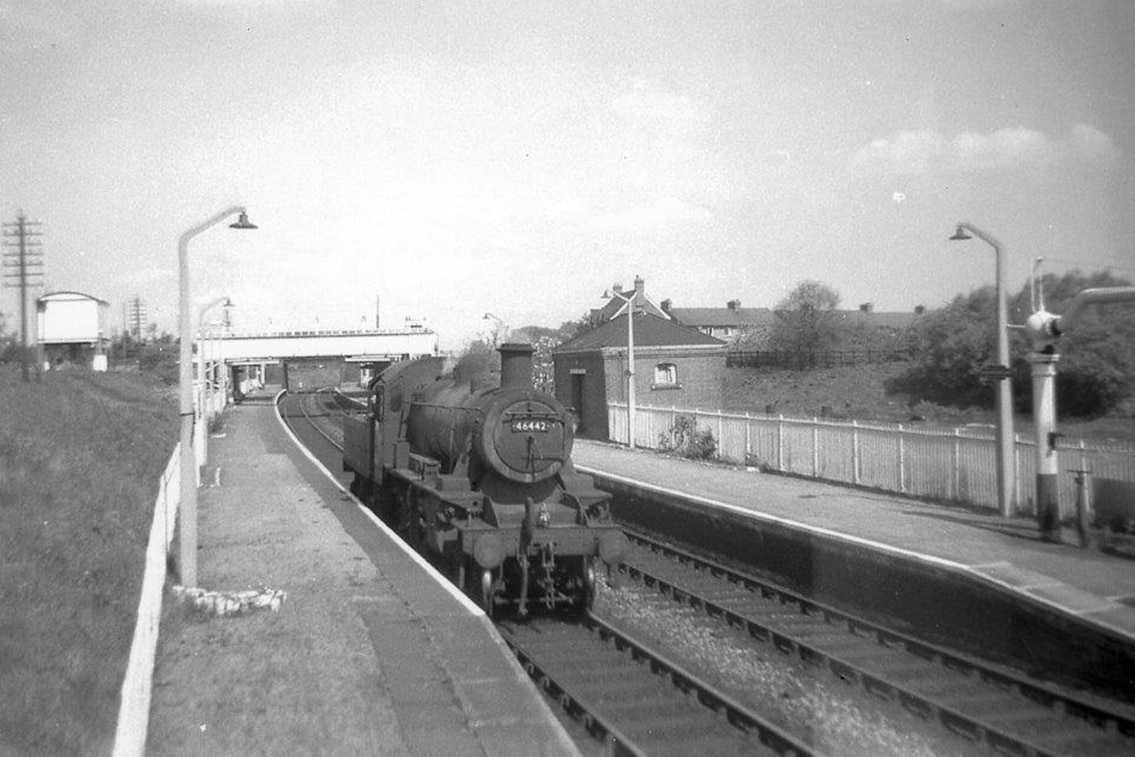 After having banked an up freight train from Stratford‑upon‑Avon tender‑first No. 46442 awaits the ‘right‑away’ for the crossover and thence a return to Stratford on 9th April. Based at 2L Leamington since October 1964 No. 46442 moved on to a final home at 2A Tyseley after Leamington closed in June 1965.

As can be seen most of the workings were performed by locos from local Midlands depots: Banbury, Bescot, Leamington, Oxley, Saltley and Tyseley, but there were the odd few from places afar such as: Birkenhead, Bristol, Cardiff, Frodingham, Newport, Speke and Southall. 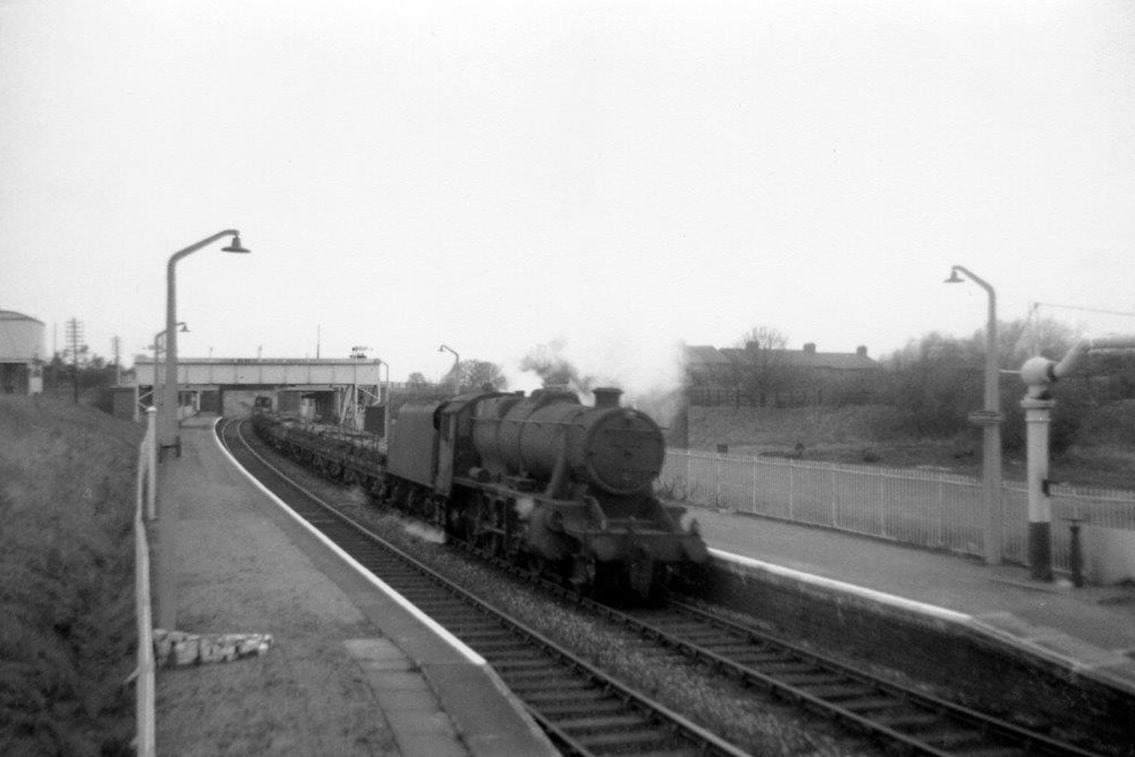 With a feather of steam drifting from the safety valves begrimed No. 48527, of 1G Woodford Halse, has reached the summit of the climb from Tyseley with a down steel train on 9th April. No. 48527 was transferred to 1A Willesden in June 1965 and then to 5D Stoke three months later.