‘How ‘not’ to take a photograph of a steam engine’ 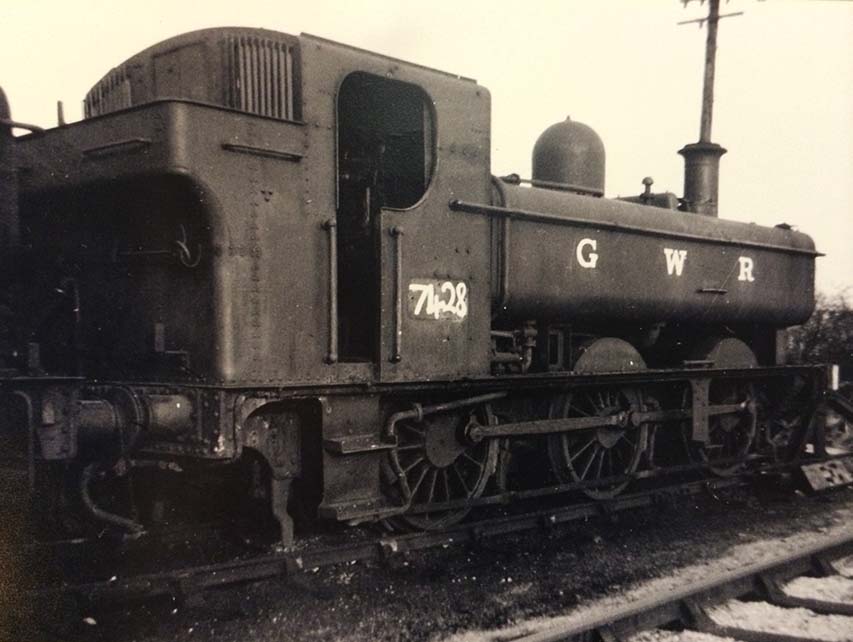 Steam locomotives in store often had pieces of cloth or rag wrapped around the chimneys, but in this scene, to all intents and purposes, a ‘telegraph pole’ has been inserted. Was this an ‘illusion’ deliberately created for the camera or just ‘rank stupidity’ by the photographer?