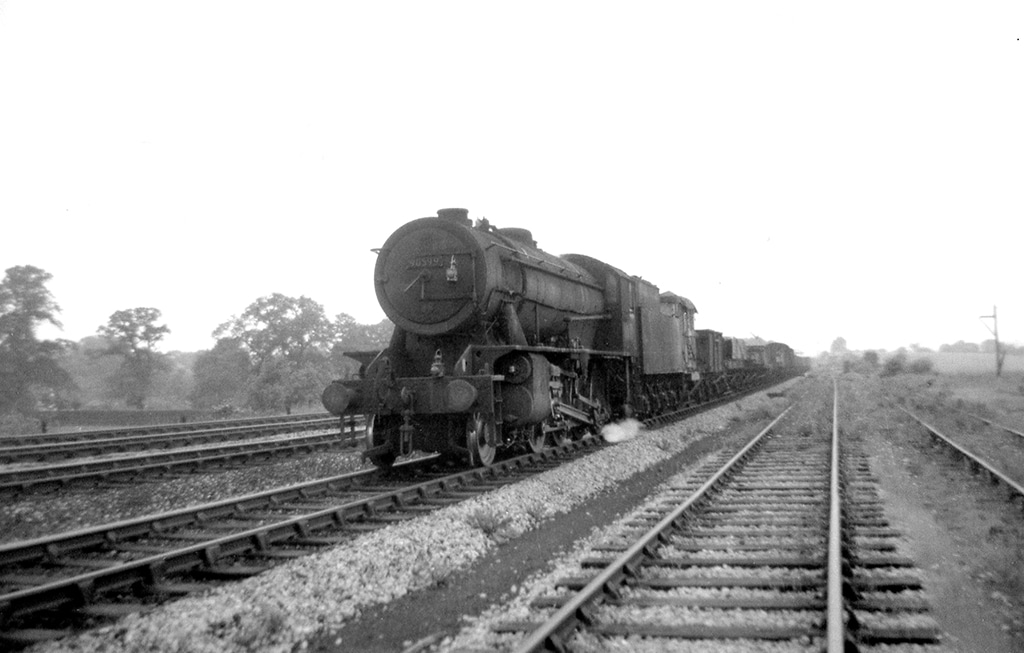 FIFTY YEARS ON  A ‘GOLDEN JUBILEE’

Featured photograph by Peter Hands. A begrimed WD Class 8F 2‑8‑0 No. 90599, from 8L Aintree, waits for the road next to weed‑strewn tracks at Barnt Green with a southbound Class 8 loose‑coupled mixed freight in May 1964. Only weeks away from withdrawal No. 90599 ended its days in the scrapyard at Central Wagon, Ince, Wigan.

By the first week in May I was settling myself into my new career and enjoying every moment of it now that I was away from the grime, exhaust pollution and the heaving mass of humanity that was Birmingham city centre, coupled with the bonus of the calls of the songbirds from the Lickey Hills in the spring sunshine.

I was also getting to know the station staff, porters and the chap in the ticket office. Last, but not least, was the Station Master, a pipe‑smoking gent from the ‘old school,’ whom, at first, tended to treat me with disdain, because, after all, I was the ‘new kid on the block’ and he possibly envied my ‘youth.’

However, once I discovered that his ‘passion’ was steamrollers (from memory I think he owned one) we had a mutual interest in steam and his attitude towards me mellowed.

Many railwaymen came to the signalbox for one reason or another. There were station staff who brought the weekly pay packets and traffic notices, technicians who maintained the inner workings of the box (below stairs), lampmen who popped in for a ‘cuppa’ and last but not least firemen from the locos carrying out Rule 55 during a signal stop. 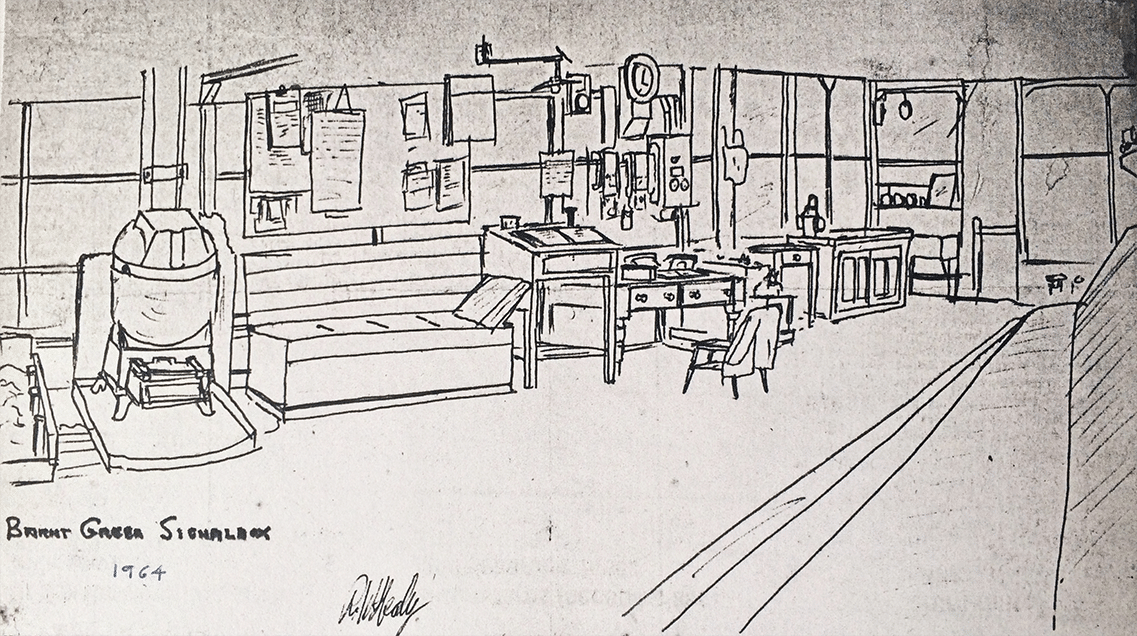 The interior of Barnt Green Main Line Junction signalbox as sketched by a young station porter whose surname (I believe) is Headly!?! The detail is incredible even down to the clock on the wall, the notices, TELEPHONES and the signalman's coat hanging casually on the back of his chair. In the right of the sketch is the lever frame.

I recently came into contact with a former relief lampman who worked from time to time at Barnt Green, a friendly gent in his eighties. He related the story to me of how the station staff used to rid the office chimney of soot by placing a single detonator into the fire – ‘whoosh’ – ‘bang’ – bye‑bye soot. This ‘unofficial’ practice had gone on for years without any repercussions (excuse the pun), but things were about to change!

Walking into the office one day he was confronted by a rather large hole in the wall where the fireplace once was. Some bright spark had decided to speed up the process of the cleansing of the chimney by placing three detonators into the fire. (I should imagine someone was hauled over the coals after that particular episode!) 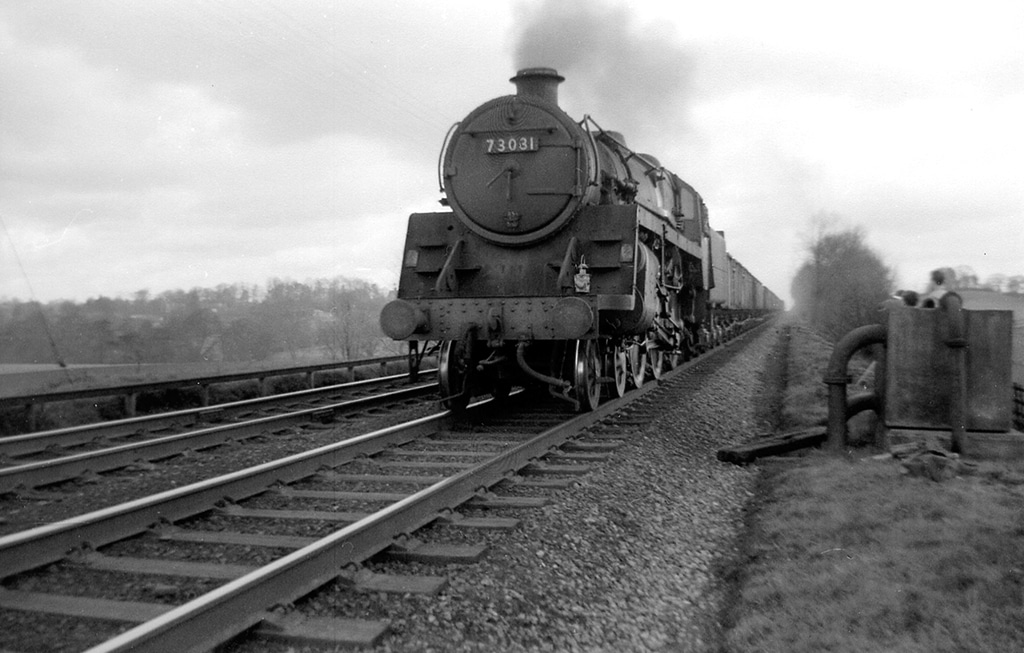 Above photograph taken by Peter Hands. Loose‑coupled freights often passed through Barnt Green and southbound ones had to have their breaks pinned down at Blackwell for the descent of the Lickey Incline. On the 13th April 1963 BR Class 5 4‑6‑0 No. 73031, of Gloucester (Barnwood) cautiously approached the camera with mineral empties at the midway point of the incline between Blackwell and Bromsgrove.

Returning to the steam scene the LMS Jubilee Class 4‑6‑0’s still held sway despite the ever‑increasing presence of the ‘Peaks’ and other types of diesels and my records of them at work during May on passenger and freight duties are as follows:

From other MPD’s were:

Other LMS Classes recorded were as follows:

BR Standards and WD’s were represented by:

Former GWR locomotives, mainly employed on freight traffic to and from South Wales, were well represented:

Considering that the total elimination of steam on BR metals was only four short years away it was remarkable that at Barnt Green in 1964 one could still observe such a variety of locos from depots as far apart as Cardiff to York, Carlisle to London and Banbury to Scunthorpe.