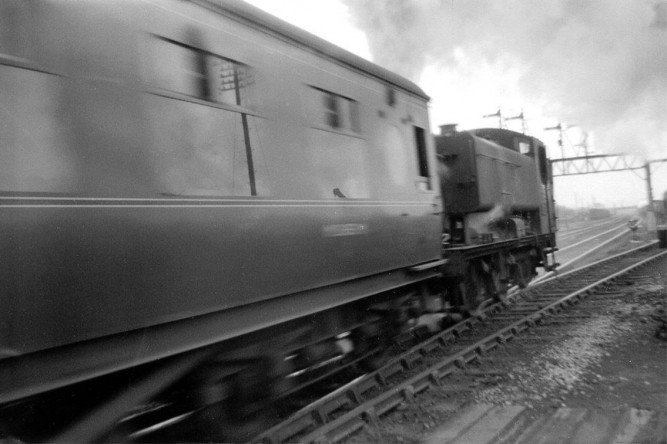 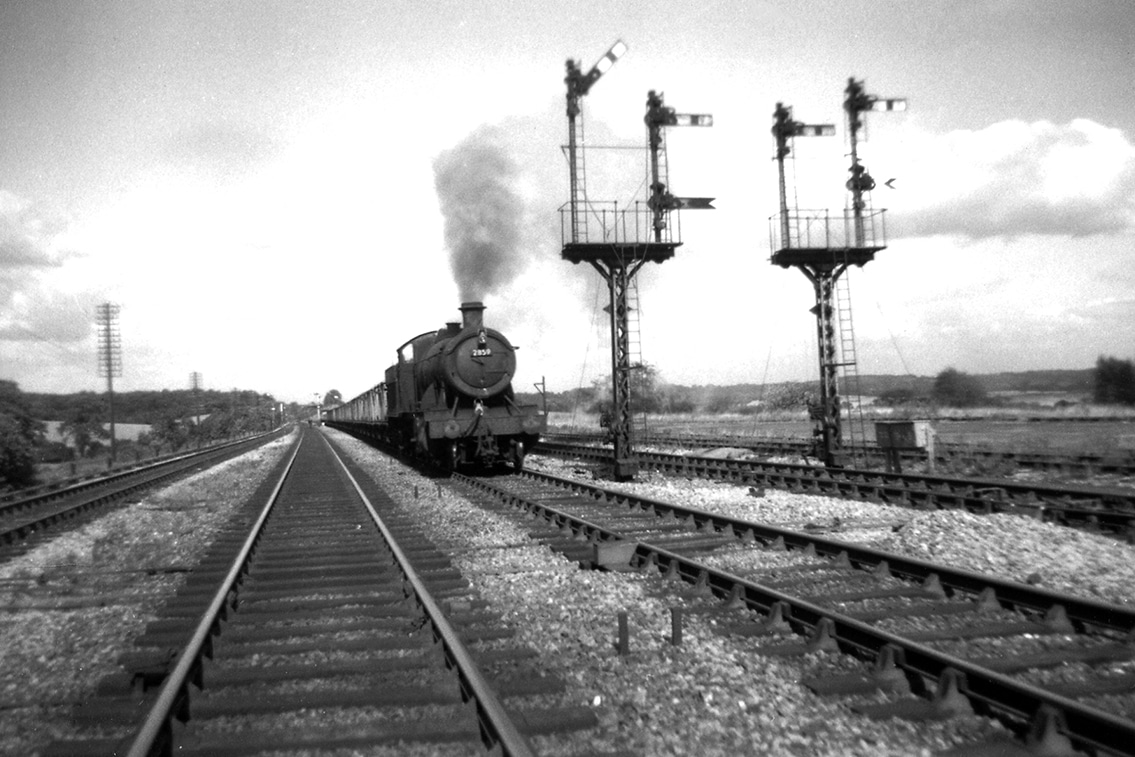 With a clear road ahead GWR 2800 Class 2‑8‑0 No. 2859, from 86G Pontypool Road, storms towards the camera at Barnt Green with a Class 8 loose‑coupled freight heading in the Gloucester direction on 17th September 1964. No. 2859 was the last steam locomotive to be overhauled at Wolverhampton Works from whence it departed under its own steam on 11th February 1964.

As we move into September little did I realise that plans were afoot for me to step on the bottom rung of the ladder as a signalman in my own right. Unbeknown to myself my signalman, Gordon, had for some time been assessing my capabilities and confidence with operating the levers and bells systems, plus encouraging me to swot up on the rules and regulations, duly reporting his opinions of the same to a signals inspector on a regular basis. As a result of his reports I was invited to take up a post as a Class 4 signalman at Hatton West, on the branch to Claverdon and Stratford‑upon‑Avon commencing as a trainee a few weeks into September under the watchful gaze and guidance of established and more senior operatives.

As a result of my impending move I could only record my sightings up to the 19th September and with the transition of the summer to winter timetable it had the profound effect of drastically reducing steam hauled passenger trains and there was a massive decline in sightings of LMS Jubilees. The highlight in September was the employment of a BR Britannia Class 4‑6‑2 powering a normally diesel rostered express on two consecutive days, a most unusual occurrence on the former Midland main line even when steam reigned supreme. What made it more unusual was that the Britannia was a London based engine.

(Conspicuous by their absence were 9F’s from South Wales depots.)

Despite the decline in numbers locomotives still ranged from depots as far apart as Birkenhead to Immingham, Heaton Mersey to Willesden and Hull to Llanelly & Neath..

And so I bade farewell to Barnt Green Main Line signalbox amidst the beautiful Worcestershire countryside and the backdrop of the Lickey Hills and moved on to the next chapter in my life. A lasting memory on one particular warm September evening was listened to the roar of the banking engines coming up the Lickey Incline. Although I did not know it at the time steam banking from 85D Bromsgrove was to cease within a few short weeks of my leaving and I will sign off with two photographic memories of the same.