FROM THE SPOTTING NOTES OF PETER HANDS – Birmingham (Snow Hill) 5.9.62 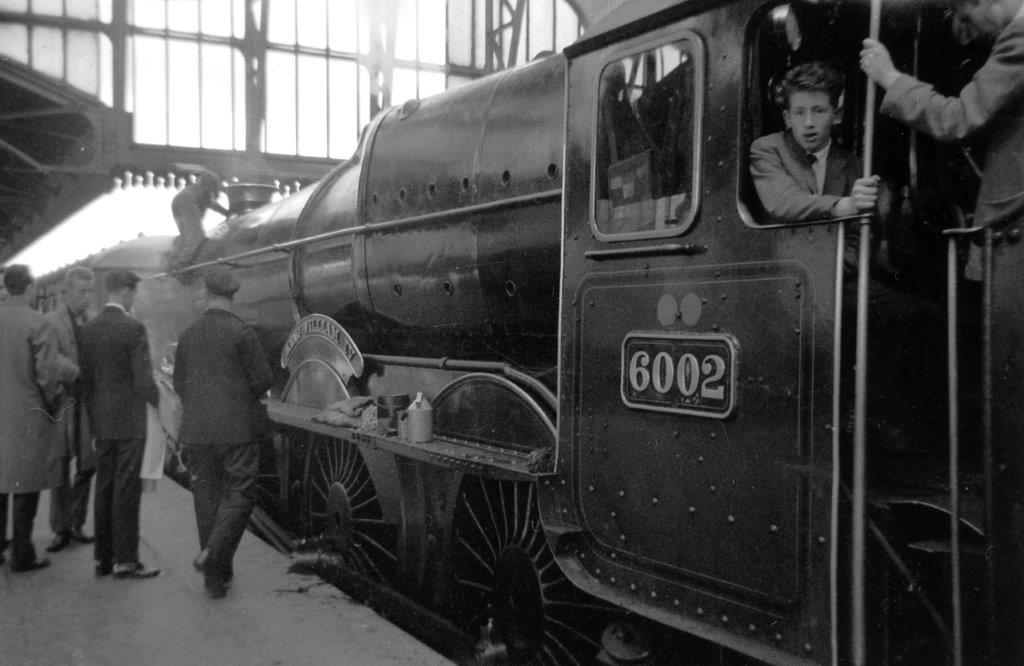 However, on 4th September it was commandeered to take over from a failed diesel and worked an express from Snow Hill to Wolverhampton.

Other King Class locomotives that were noted working earlier in the day on 9th September 1962 were as follows:

On Sunday 9th September No. 6000 King George V (81A Old Oak Common was employed on a special from Wolverhampton (Low Level) to Swindon and return on an advertised ‘Last King Run.’ This travelled via Didcot West Curve, hitherto prohibited to these locomotives.

After withdrawal 6018 was based at 84E Tyseley (working local passenger trains) being retained for a Stephenson Locomotive Society special from Birmingham (Snow Hill) to Swindon Works and return via the Greenford Loop  (outbound) and Didcot West Curve and Oxford (inbound) on 28th April 1963.