of 82E Bristol Barrow Road, one of the few surviving active members of the 59xx series of Halls, powers its way up the last few yards of the lengthy incline from Bearley Junction with a fitted freight. Yet another 31st December 1965 withdrawal (from 81F Oxford) No. 5971 was, like 7922, also sold to J. Cashmore, Newport on 11.2.66. 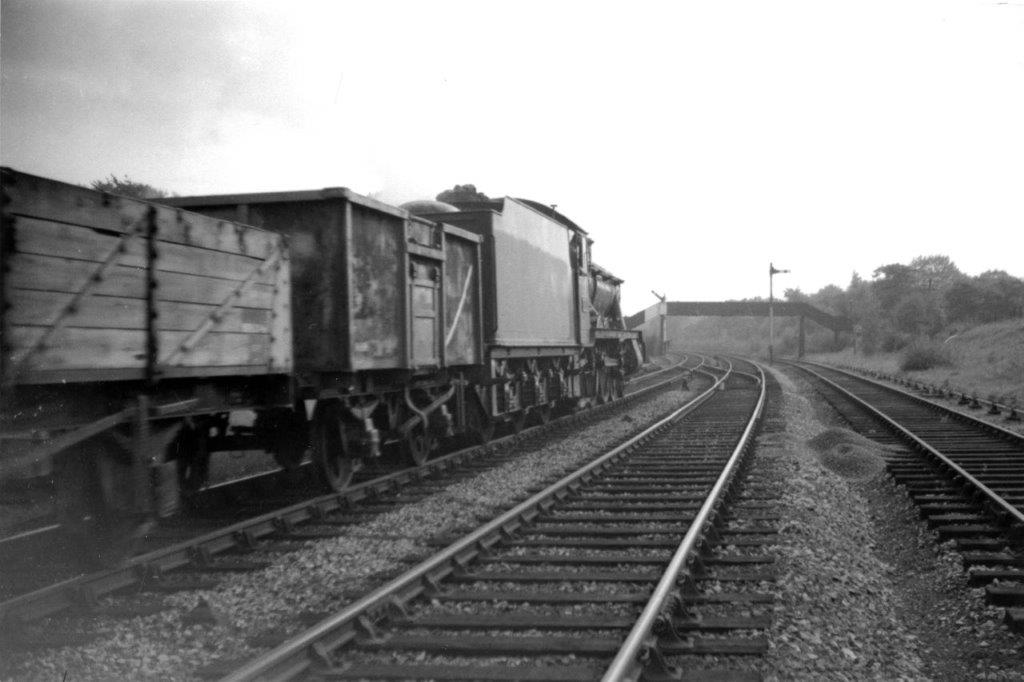 another 81F Oxford steed, emits a clear white exhaust as it approaches the signal box with a loose‑coupled freight. Condemned on 31st December 1965, Salford Hall was sold to J. Cashmore, Newport on 11.2.66. 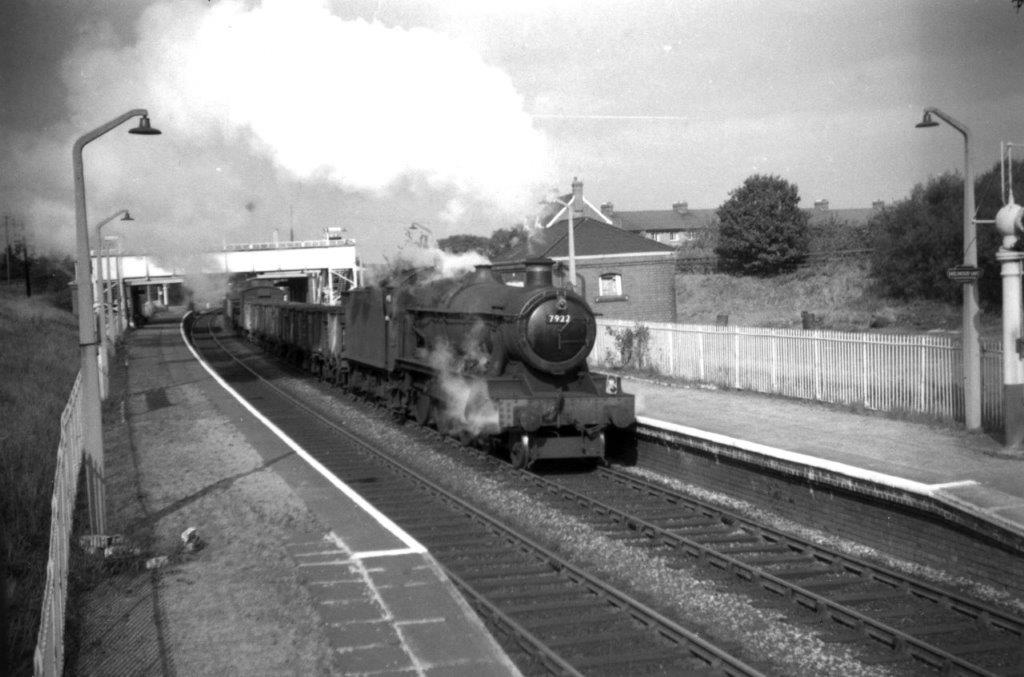 with steam shut off coasts on the downgrade to The Lakes Halt, Wood End, Danzey, Henley‑in‑Arden, Wooton Wawen Platform, Bearley Junction, Wilmcote, Stratford‑upon‑Avon and beyond. 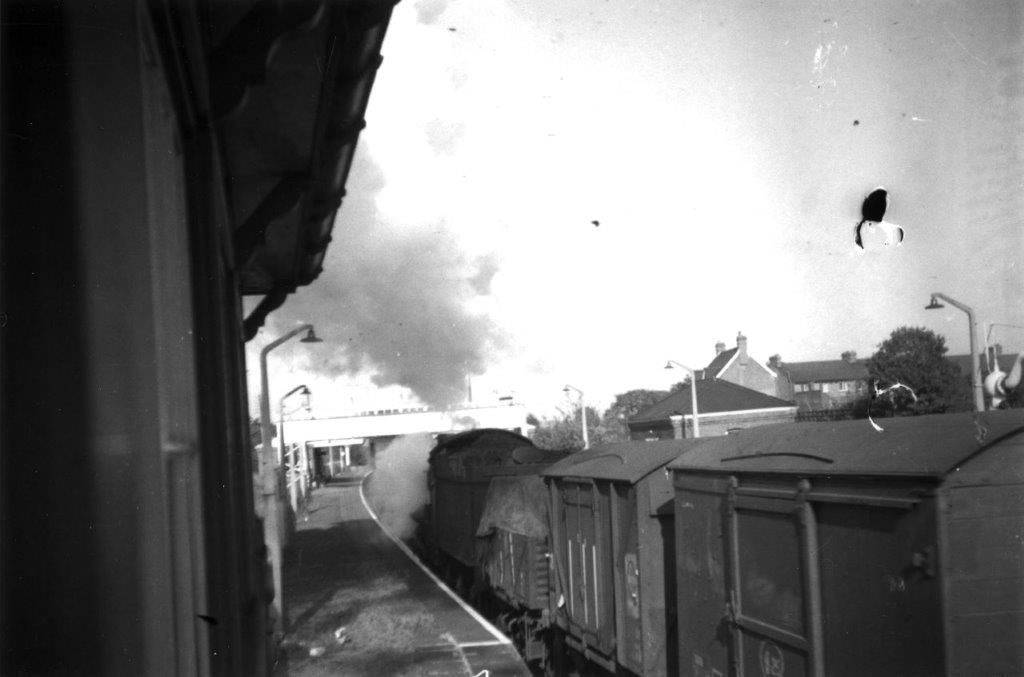 of 81F Oxford, in excellent external condition but minus smokebox numberplate, approaches the camera with a lengthy loose‑coupled freight. Withdrawn from service on 31st December 1965, Burton Agnes Hall joined a small band of preserved Western Region locomotives in preservation by this date in time ‑ Barry Docks was a long time away. 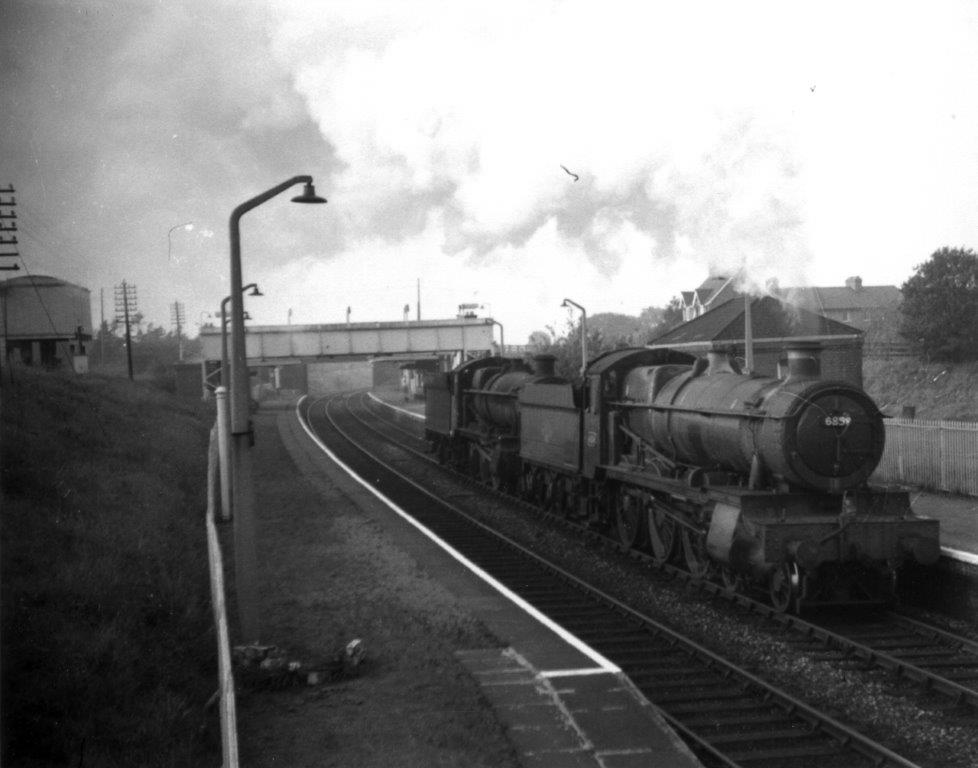 hauls condemned sister engine No. 6851 Hurst Grange, ex. 2A Tyseley and in filthy external condition, towards its final resting place at Bird's of Long Marston. Once of 85A Worcester, 87F Llanelly and 84B Oxley, prior to a transfer to Tyseley in June 1965. Hurst Grange was withdrawn week ending 14th August 1965. 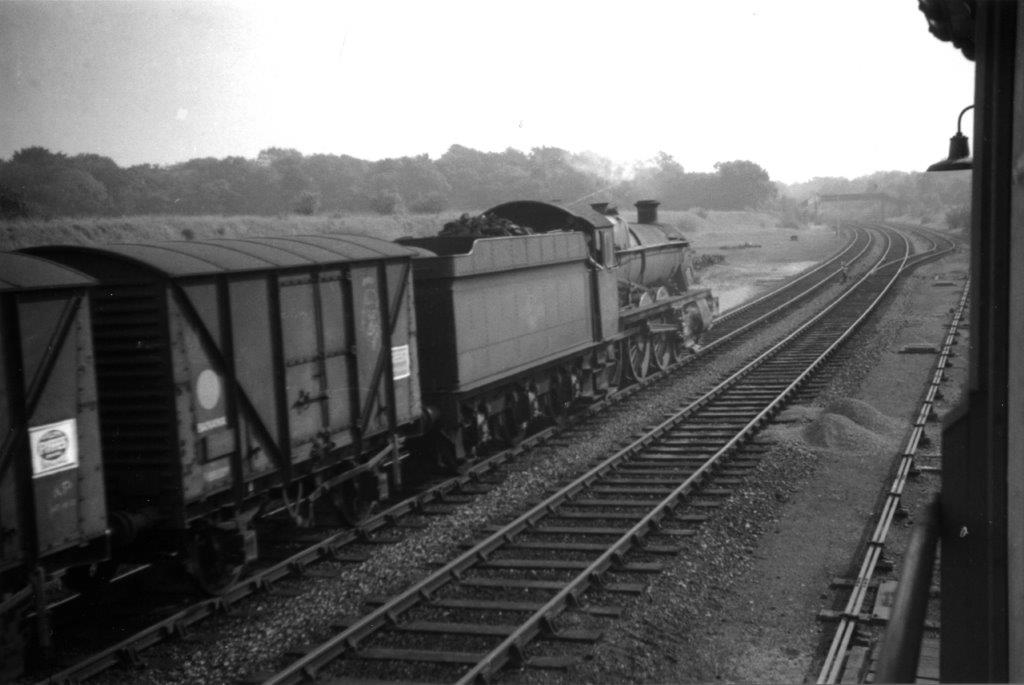 an 82E Bristol Barrow Road steed, heads a down fitted freight past the signalbox and heads for Stratford, Cheltenham, Gloucester and Bristol. For many years a resident of 81A Old Oak Common, Fountains Hall was transferred to 81D Reading in January 1964, followed by further transfers to 85A Worcester, Barrow Road and finally to 81F Oxford. Condemned 31.12.65. Sold 11.2.66 to J. Cashmore, Newport.